Flyers can't get past Blue Jackets in 5-2 loss 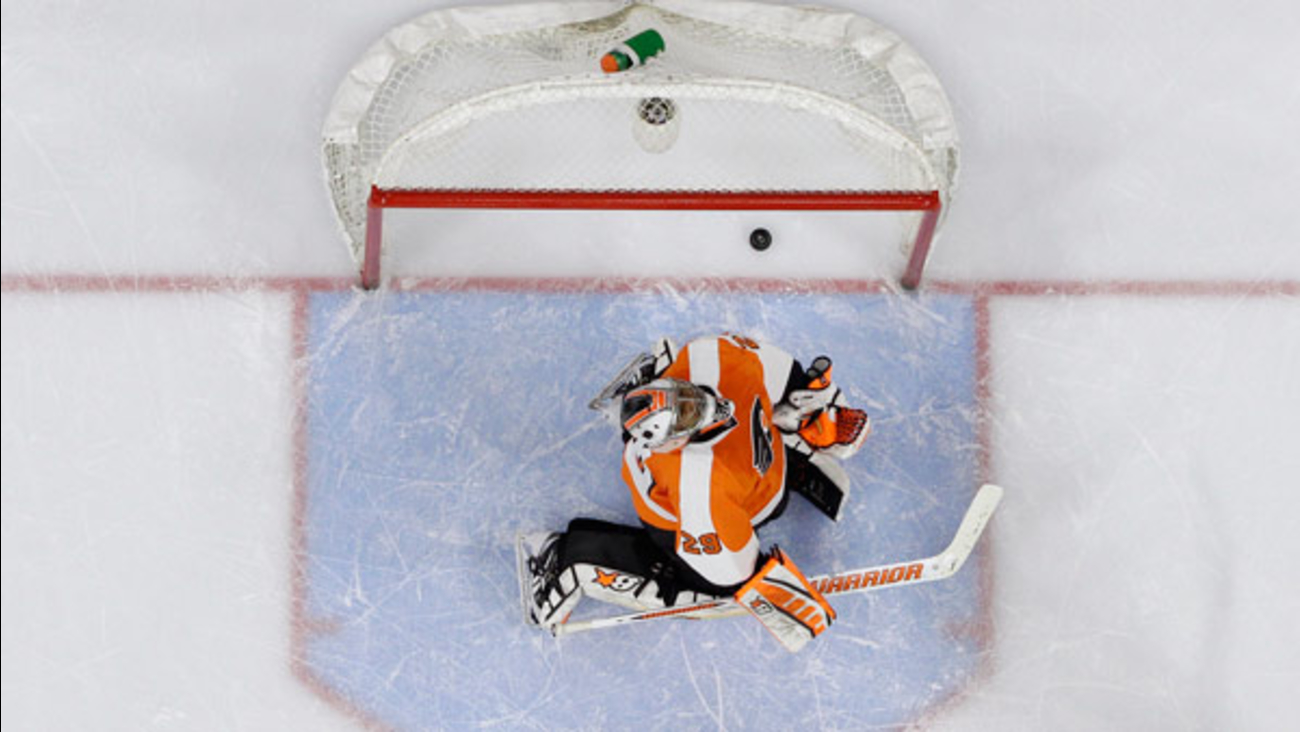 PHILADELPHIA -- Matt Calvert scored two goals, including the game-winner midway through the third period, to lift the Columbus Blue Jackets over the Philadelphia Flyers 5-2 on Tuesday night.

Wayne Simmonds and Michael Del Zotto had goals for the Flyers, who remained six points behind idle Boston for the Eastern Conference's final playoff spot.

Calvert scored the go-ahead goal with 10:06 left in the final period when he was the beneficiary of a deft pass from Cam Atkinson for an easy goal that put Columbus up 3-2.

The play started when Philadelphia's Vincent Lecavalier turned the puck over in his own zone. Dubinsky sent it toward the net from the point, and Atkinson passed to a wide-open Calvert in front.

Dubinsky then converted a rebound with 6:32 left to make it a two-goal advantage, and Calvert finished the scoring with an empty-netter with 55.3 seconds remaining.

Philadelphia tied the game with a pair of goals in a furious final 2:35 of the second period. Simmonds pulled them to 2-1 when he deflected Del Zotto's shot from the point past Curtis McElhinney.

Del Zotto tied it with 51.5 seconds remaining when his slap shot from a sharp angle along the right boards screamed past a screened McElhinney.

It was a dominant second-period performance for Philadelphia, which rallied from a lackluster opening 20 minutes to outshoot Columbus 21-6 in the second. The Flyers remained scoreless, though, through most of the second thanks to some strong goaltending by McElhinney.

The Columbus goalie made a pair of impressive, sprawling saves on a Philadelphia power play with just over three minutes left in the period, first robbing Brayden Schenn with a pad save and then extending his glove to stop Jakub Voracek on a rebound attempt.

Philadelphia had scored first in eight straight games before Wisniewski converted on the power play 4:51 in. Alexander Wennberg took the initial shot from just to the right of goalie Ray Emery, and the shot rebounded to a wide-open Wisniewski, who fired a wrister past Emery.

The goal marked the first time the Flyers had trailed in regulation since Jan. 27, a streak of nearly 466 minutes.

The Blue Jackets padded their lead 1:48 later when Johansen scored his 21st of the season on a deflection from right in front of the crease. David Savard took the shot from the point, and Johansen was the recipient of a fortunate bounce when the puck bounced off teammate Corey Tropp and right to him.

NOTES: Flyers D Kimmo Timonen, out all season due to blood clots, participated in the team's morning skate. . The Flyers presented Columbus' Scott Hartnell with a $10,000 check for his charity in recognition of him recently playing his 1,000th career game. Hartnell was a popular member of the Flyers for seven seasons. . Columbus won four of the five meetings this season, with two of those victories coming in overtime.