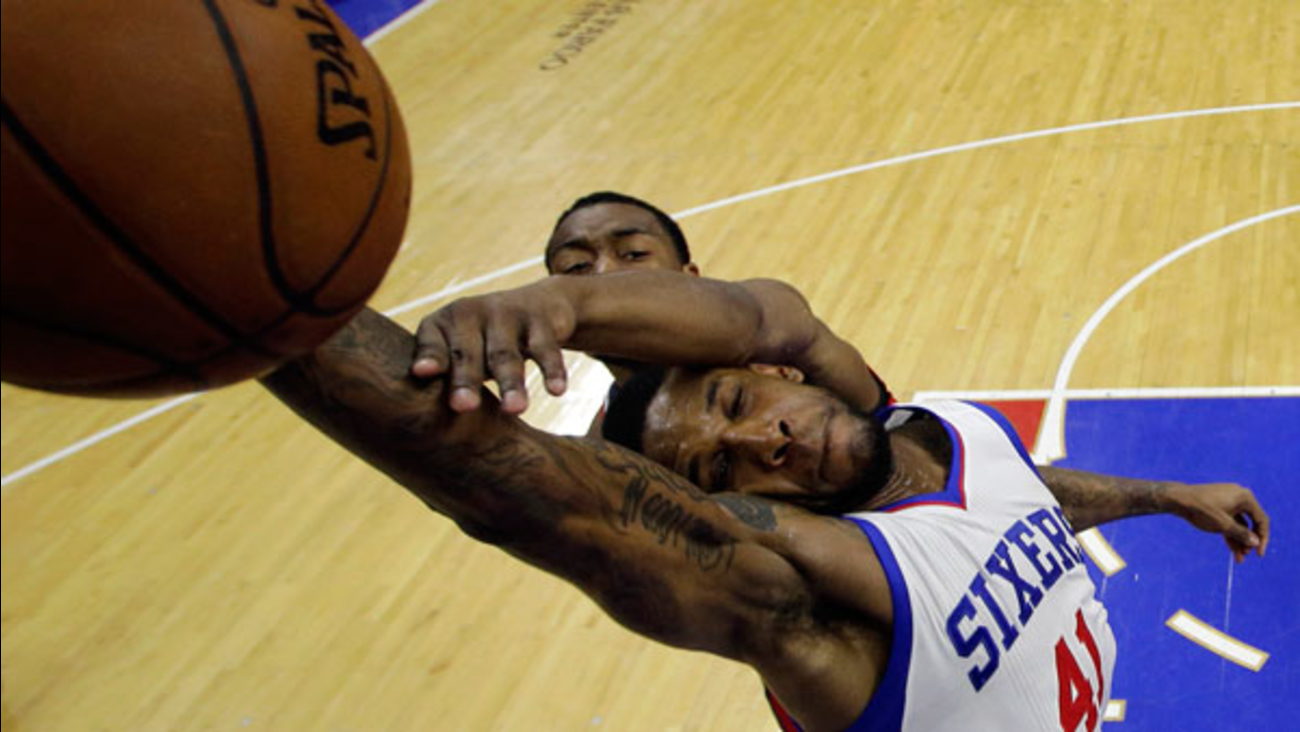 PHILADELPHIA -- Nerlens Noel had 14 points and 13 rebounds in the Philadelphia 76ers' 89-81 victory over the Washington Wizards on Friday night.

Robert Covington added 13 points and Jason Richardson had 12 to help Philadelphia snap a five-game winning streak and win for the first time since trading Michael Carter-Williams.

The Wizards set a season low for points Wednesday night in a 97-77 loss to Minnesota and weren't much better against Philadelphia, the second-worst team in the NBA.

Wall missed both of his 3-point attempts Friday and has missed 18 of his last 21 long-range shots. He was coming off a season-low five-point game against Minnesota.

Wall was called for a Flagrant 1 foul on Thomas Robinson's dunk attempt 1:50 into the final quarter.

Philadelphia opened the fourth quarter with a 6-0 run to take a 69-61 lead. Washington got within two points on Sessions' 3-pointer with 7:16 left, but Philadelphia pushed its lead back up to six, 79-73, on Richardson's 3 with 3:10 left. Washington never would get closer than four the rest of the way.

Washington scored 11 straight points to open the second half to erase a five-point halftime deficit and go in front 53-47 on Porter's three-point play. Philadelphia missed all six of its shots and committed three turnovers during the Wizards' run. But the Wizards made just three field goals the rest of the period and Philadelphia took advantage, scoring 16 of the final 24 points to take a 63-61 lead into the fourth.

Wizards: Paul Pierce out for the second consecutive game because of a bruised knee. Bradley Beal missed his eighth straight game due to a stress fracture in his right leg.

76ers: Thanks in part to Dollar Dog Night and a postgame gospel concert, the 76ers had one of their best crowds of the season with 18,089 fans. Philadelphia's average attendance entering was 14,125. ... Noel had a highlight-reel block on Marcin Gortat with 5:11 left in the third quarter. Noel finished with three blocks. ... Philadelphia Eagles receiver Jeremy Maclin attended the game.