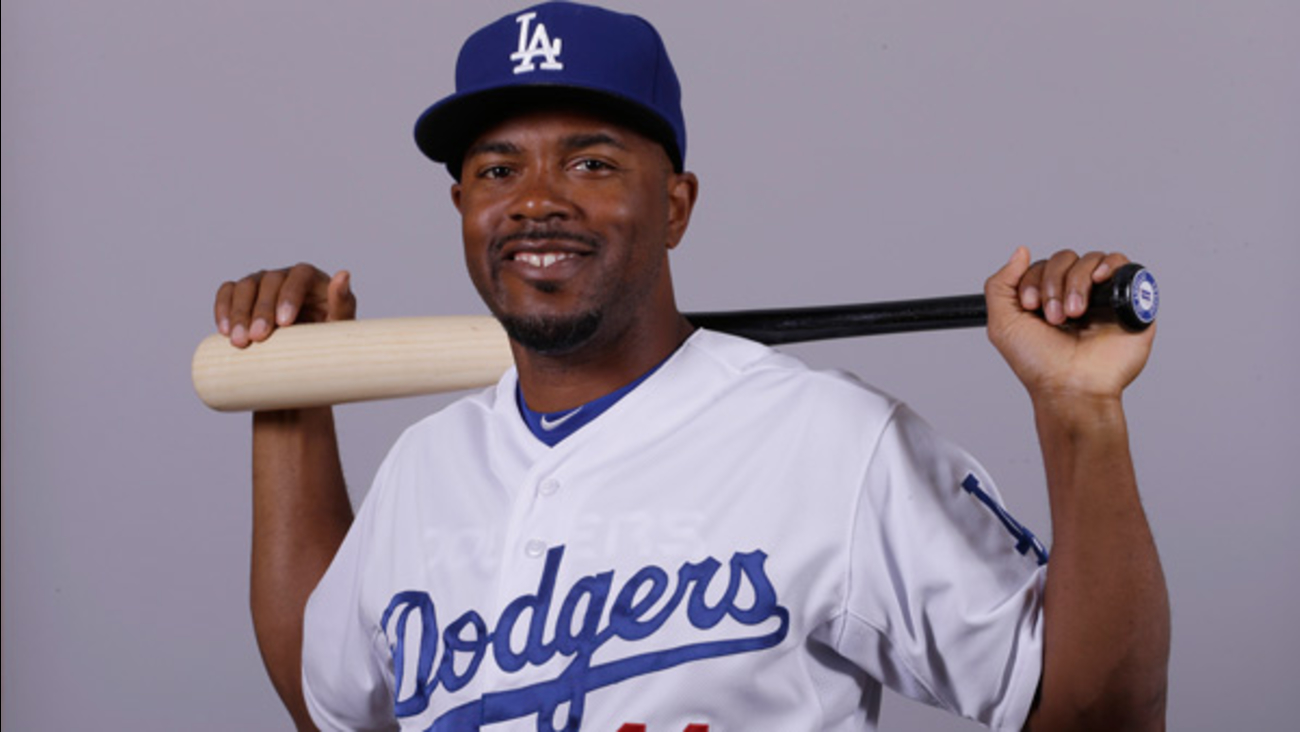 This is a 2015 photo of Jimmy Rollins of the Los Angeles Dodgers baseball team. (AP Photo/Charlie Riedel)

GLENDALE, Ariz. -- Jimmy Rollins spent a lot of years with the Philadelphia Phillies antagonizing New York Mets fans with his swagger and competitive spirit. He was among a select group of opposing players that fans in Flushing Meadows most loved to hate.

But when Rollins assembled his choice of preferred offseason trade destinations, the Mets ranked surprisingly high on his list.

Rollins' 15-year tenure in Philadelphia ended in December when the Phillies traded him to the Los Angeles Dodgers for two minor-league pitchers. He had to waive his 10-and-5 trade rights to allow the deal to come to fruition.

If it hadn't been the Dodgers, Rollins said Saturday, the Mets were the second most likely alternative.

"This was my No. 1 landing spot," Rollins said from Los Angeles' spring training camp, "and I considered the Mets to be No. 2. They have some arms over there -- oh my gosh.

"I'm not saying I would have gone there. It would have taken a lot. But when I was asked, 'Write down the places you would go if you don't have any (no-trade protection),' I had one team on my list and another where I would go if it didn't work out. Fortunately it worked out here (in Los Angeles). I'm very delighted with that."

Rollins' comments appear to run counter to previous reports that the Mets inquired into his availability over the winter, only to be told he would not waive his no-trade rights to play in New York.

After the Mets were linked to Troy Tulowitzki, Didi Gregorius and other shortstops in offseason trade speculation, they chose to stand pat at the position and go into the 2015 regular season with Wilmer Flores as their projected starter.

Rollins' flirtation with the idea of playing in New York is intriguing given his contentious history with the Mets' organization. In January 2007 -- after the Phillies finished second to New York by 12 games in the NL East -- Rollins made headlines by proclaiming, "I think we are the team to beat -- finally."

That comment made him persona non grata with Mets supporters, but Rollins' comments proved prescient when the Phillies reeled off five straight division titles and won the World Series in 2008. The Mets, in contrast, have not had a winning season since 2008.

At age 36, Rollins is now with a new organization and in the final year of a four-year contract. Although he'll be playing in the NL West, it won't surprise him if Matt Harvey, Jacob deGrom and the Mets' young pitchers help the team make some waves in the East.

"In New York, if you're not the best, you're the worst," Rollins said. "But in my opinion, from playing against them, that team wasn't that bad. And when you look to the future there, it looks pretty bright."