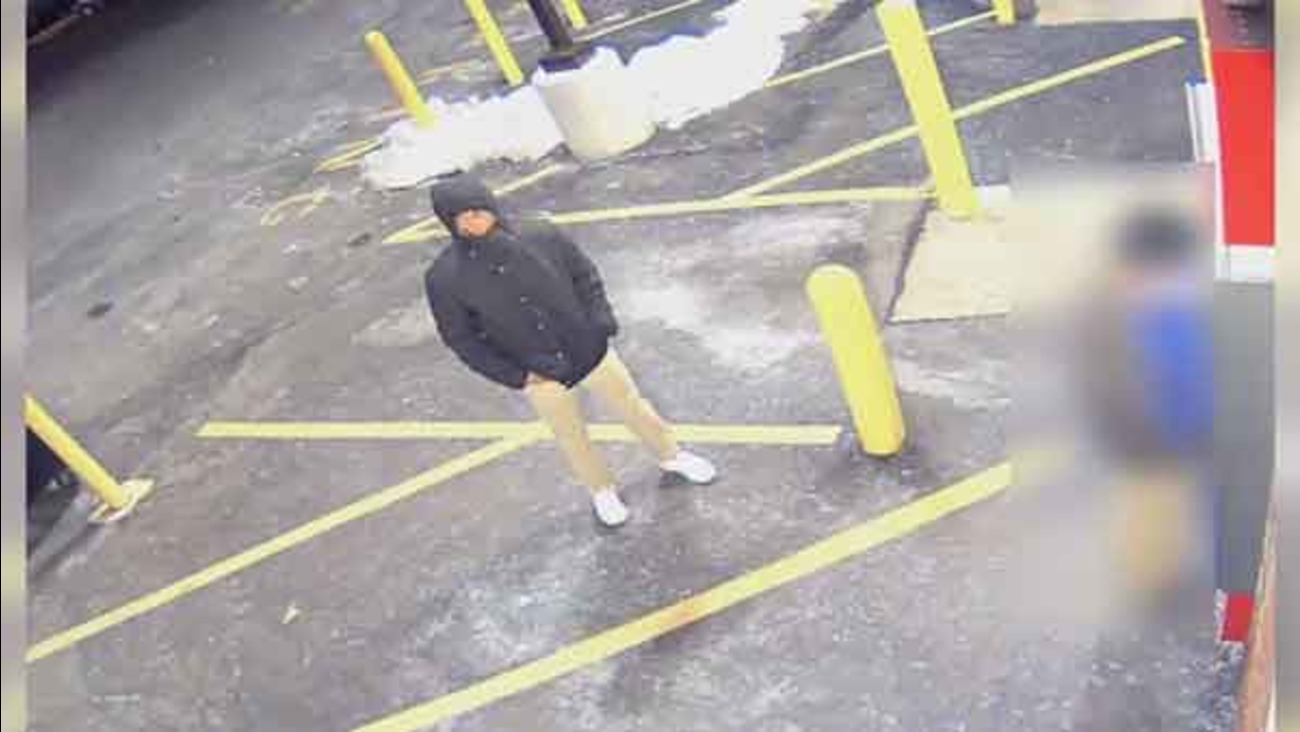 Philadelphia police are looking for a teenager who robbed a man at gunpoint at an ATM machine in the city's Lawndale section. (Philadelphia Police Department)

LAWNDALE (WPVI) -- Philadelphia police are looking for a teenager who robbed a man at gunpoint at an ATM machine in the city's Lawndale section.

It happened on February 24.

Surveillance video shows the 38-year-old male victim was making a deposit at an ATM at the Wells Fargo Bank on the 700 block of Adams Avenue shortly after 9 p.m.

As the man turned around, the robber approached him from behind, pulled a handgun from his waist and demanded cash.

The victim stated he didn't have any money, so the robber then demanded his ATM card instead.

After getting the card but realizing the victim gave him the wrong PIN number, the suspect then fled on foot.

He was last seen in the area of Tabor Road and Foulkrod Street.

Police describe the suspect as a black male, 16-18 years old and 6'0" tall with a thin build. He was wearing a black hooded jacket, tan pants, white shoes and armed with a handgun.