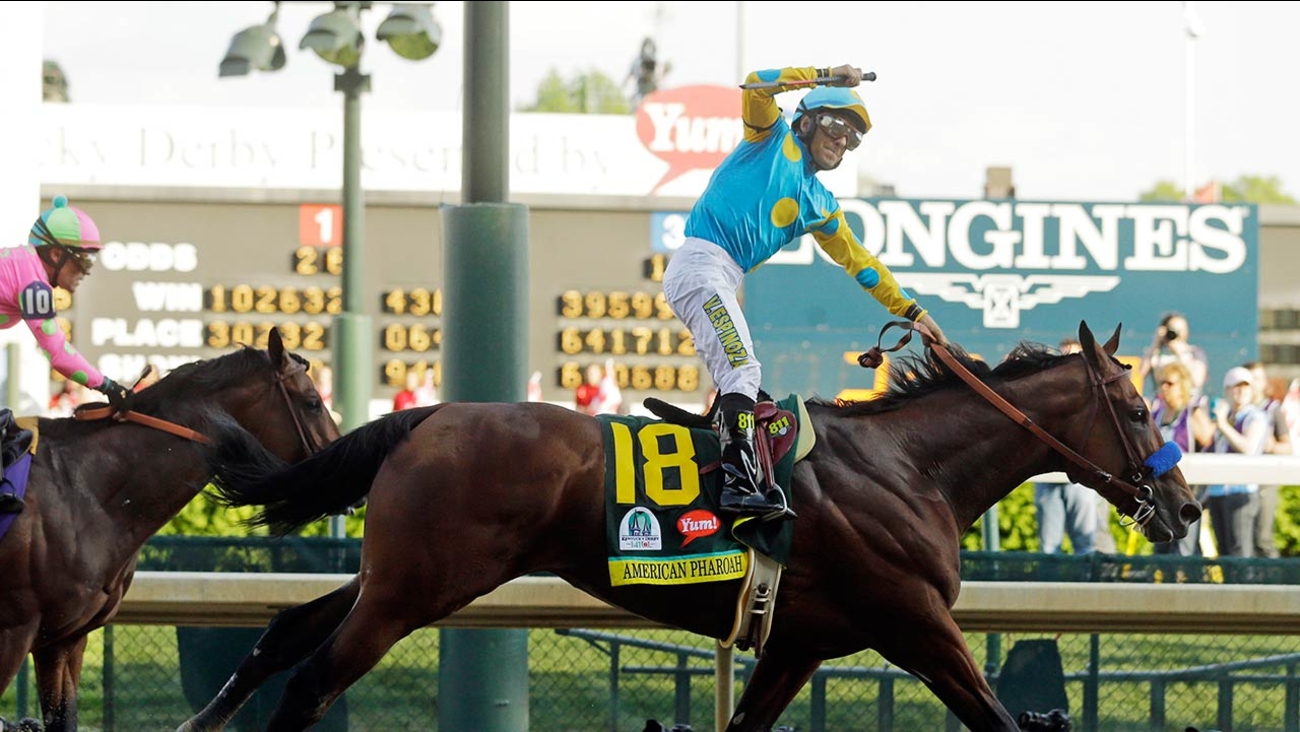 Victor Espinoza rides American Pharoah to victory in the 141st running of the Kentucky Derby on Saturday, May 2, 2015, in Louisville, Ky. (AP Photo/Morry Gash)

The 5-2 favorite was in contention at the top of the stretch and pulled clear at the finish for his fifth win in six starts.

"He's been a special horse since I first rode him," said Espinoza, who now has three Derby wins.

"We were ready to rumble," Baffert said.

The race unfolded with Dortmund setting the pace and Firing Line tracking in second. American Pharoah sat comfortably in third.

Turning for home, American Pharoah angled outside of the other two and launched a rally for a one-length victory.

"Turning for home, I thought I got it. The other horse was right next to me. I couldn't just blow him away," Espinoza said.