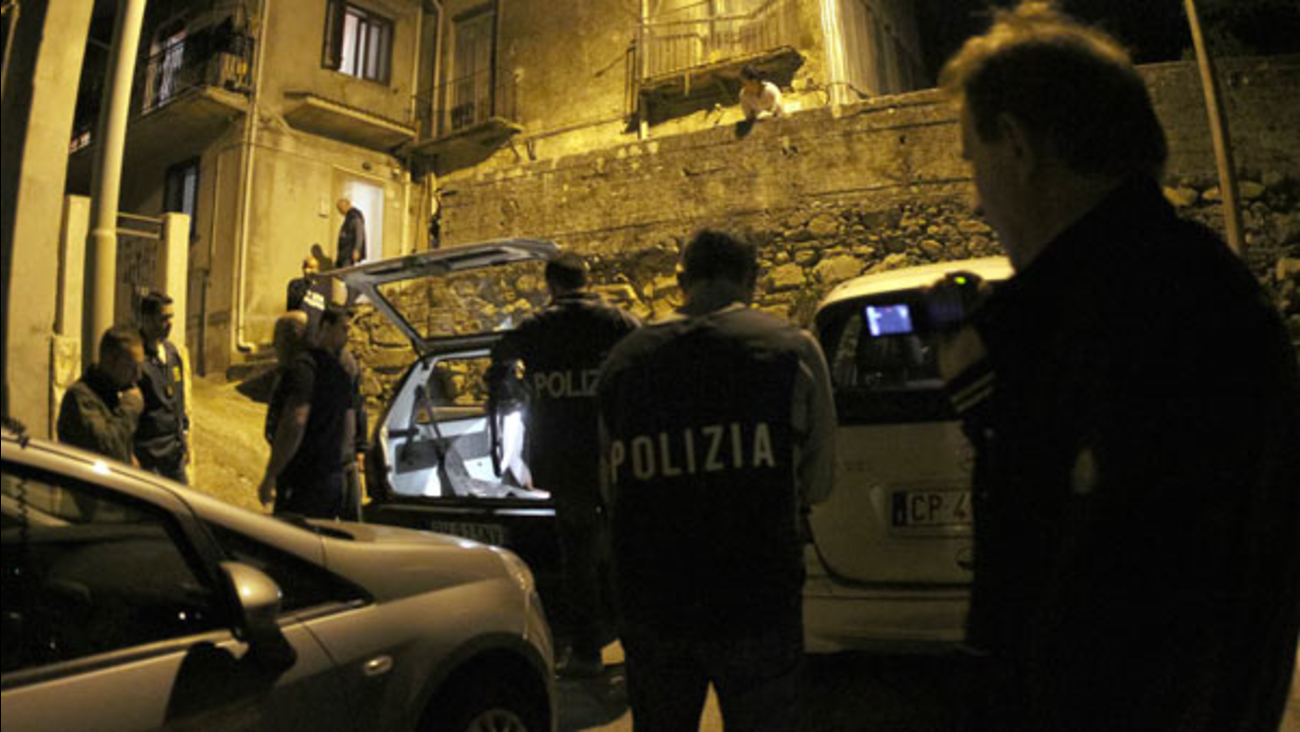 ROME -- By night, the Calabrian immigrant family served up piping-hot pizza. After hours, Italian and U.S. authorities say, the restaurant in the New York borough of Queens was busy filling other orders - allegedly running a cocaine trafficking ring that spanned three continents.

The cocaine was warehoused in Wilmington, Delaware, and Chester, Pennsylvania, until it could be shipped, using a produce company as a cover, to northern Europe and Italy, investigators said.

The ring's modus operandi involved suitcases of cash sent by courier to Costa Rica and drug shipments through Pennsylvania and Delaware destined for Spain, Holland and Italy, according to a joint FBI and Italian probe made public at a news conference Thursday in Rome at the headquarters of Italy's national anti-Mafia prosecutor.

The Cucino a Modo Mio (I Cook It My Way) restaurant was a popular local haunt with a secret weapons cache, officials say. Inside a safe, investigators found six pistols, a rifle, ammunition, brass knuckles, other weapons and $100,000 in bills.

The operation points to what investigators say is an increasingly deep-rooted U.S. stronghold for the 'ndrangheta, the southern Italian crime syndicate that has taken advantage of the Sicilian Mafia's disarray and is consolidating ties with New York's traditional Cosa Nostra crime clans.

At least 13 people were arrested in pre-dawn raids in Calabria, the region in southern Italy that is the power base of the 'ndrangheta, which authorities say is focused on consolidating its influence and operations in the United States. They were held on investigation of suspicion of drug trafficking, Italian prosecutors said.

Three Calabrians, identified by Italian and U.S. authorities as Gregorio Gigliotti, his wife, Eleanora, and son Angelo, were arrested in New York two months ago. All were members of the family that ran the pizzeria in the Corona neighborhood of Queens, authorities said.

Angelo Gigliotti's lawyer, Gerald McMahon, said the case against his client is weak. His client pleaded innocent following his arrest on March 11 and is being held without bail.

There was no immediate response to messages left Thursday for the lawyers of the two other defendants in New York.

Cucino a Modo Mio was the command center for an international trafficking operation, said Andrea Grassi, who is in charge of the Rome-unit of a Italian state police special operations division known as SCO. Italian authorities said they seized 56 kilograms (123 pounds) cocaine in the Netherlands and Spain in an investigation earlier in 2014 that was a run-up to this probe.

"In the evening, the family ran a good pizzeria," Grassi said. "In other hours they were running" the drug trade.

The cocaine, in small packets, was hidden in boxes of shipments of yucca, and loaded onto cargo ships setting sail from Costa Rica, Italian police said. The Italian investigators estimated the seized cocaine had a wholesale value of a half-million dollars (550,000 euros) and would have yielded at least 10 times that when sold on the streets,

The probe is continuing, and investigators said they couldn't say now how much money the ring made off the cocaine business.

Some 60 kilos (132 pounds) of cocaine were seized in those two U.S. cities' ports in late 2014, Italian prosecutors said.

The 'ndrangheta has long been known to keep operatives in Australia and Canada. But this probe, code-named Operation Columbus, convinced investigators that the syndicate has increasingly moved its bosses and foot soldiers to the United States, said Renato Cortese, the SCO police director.

"Because of its blood ties, the 'ndrangheta is a terrible organization," Cortese said. He was referring to the syndicate's ironclad rule of relying on members who have either family or marriage ties. Family pressures discourage turncoats, a small army of whom helped weaken Sicily's Cosa Nostra, which largely chose its mobsters based on skills and not blood ties.

Longtime Calabria-based anti-Mafia prosecutor Nicola Gratteri said the 'ndrangheta has for some time been beefing up its presence in the United States: "In New York, right under the Brooklyn Bridge."