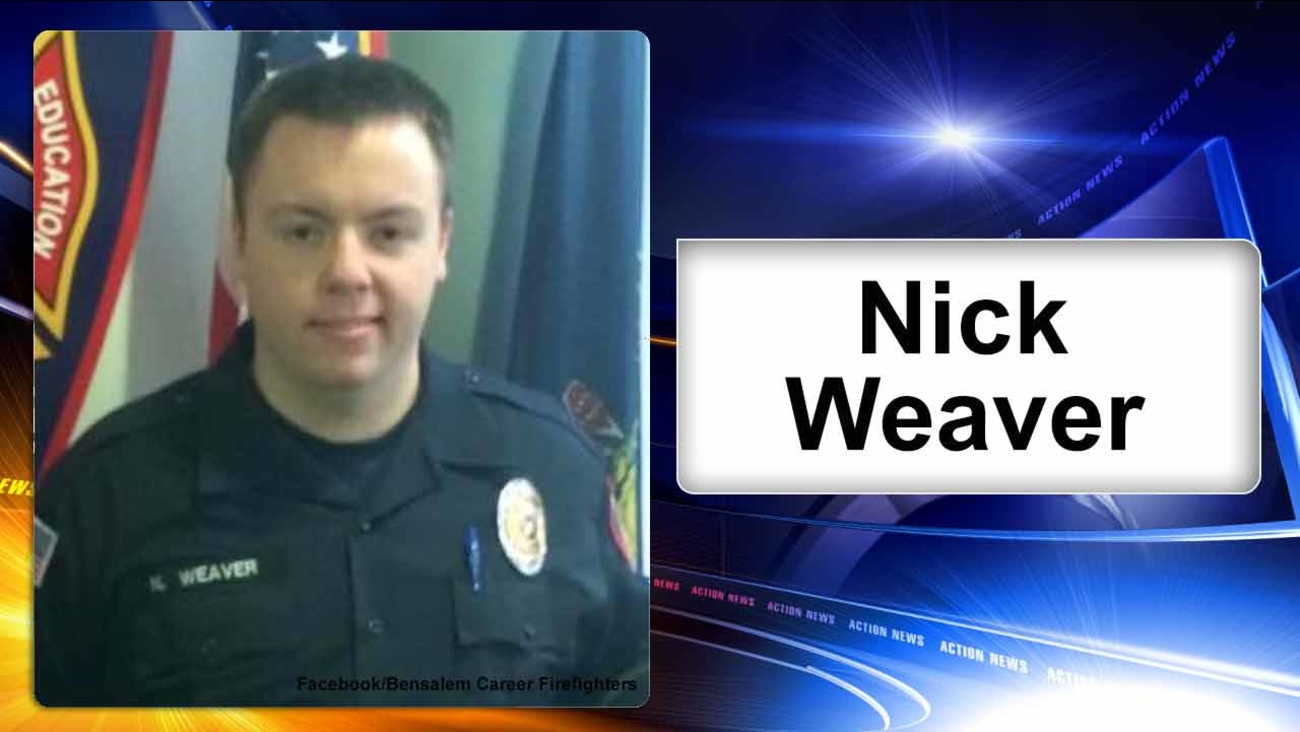 We are pleased to announce that FF/EMT Nick Weaver was released from Jefferson University Hospital today and is home resting comfortably.

UPDATE: FF Nick Weaver had a good day ,he was able to get out of bed & take a walk. The doctors & nurses are amazed at how well he's doing.

The cause of the blaze is under investigation, but officials say it does not appear to be suspicious.
Related topics:
pa. newsfirehouse fire
Copyright © 2020 WPVI-TV. All Rights Reserved.
More Videos
From CNN Newsource affiliates
TOP STORIES