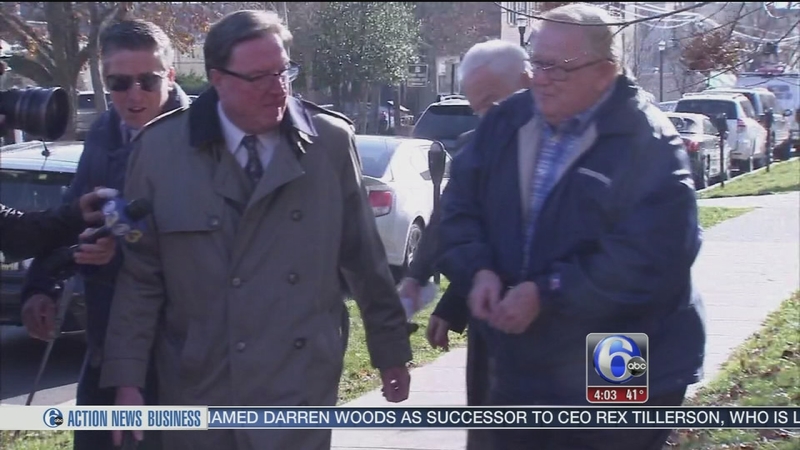 UPLAND, Pa. (WPVI) -- A councilman in one Delaware County borough is charged with carrying out a fraud that padded his pockets with $100,000.

The District Attorney says Edward Mitchell got kickbacks from a company that was hired by Upland borough.

Ed Mitchell had no comment as he and his alleged accomplice, Thomas Willard, were on their way to face theft conspiracy and wiretapping charges.

Loose wires seen in the council chambers and administrative offices used to be hidden cameras disguised as motion sensors. Two little holes at the base of the council platform were hidden microphones.

Whelan says the motive for the spying equipment is unclear.

"It's no wonder I present this to you with disgust and outrage, that an elected official would go to this length," Whelan said.

Whelan say Willard also billed the borough for police dashcams that he never purchased at a total cost of $30,000.

He says Mitchell received an estimated $100,000 in kickbacks over the past five years and most was delivered to his home in cash.

"Ed is 74 years old, he has served Upland honorably. He is a veteran. He denies all allegations against him and looks forward to his day in court," said Mitchell's attorney, John Flannery.