A newlywed couple from the U.K. is celebrating after learning that an experimental treatment they took a chance on has erased all signs of cancer in the husband.

Mike Brandon was found to have leukemia one month after proposing to Kate Brandon in 2014. A bone marrow transplant put Brandon in remission but last year the now newlywed couple were devastated to find that the cancer had returned, according to their online fundraising site.

Kate and Mike Brandon came to the U.S. in order to take part in an experimental cancer treatment aimed at reviving the immune system to fight cancer through modifying the body's own T-cells to attack cancer cells. The couple began the cancer-fighting treatments soon after they were married.

"When my [leukemia] relapsed in March, we were told that it was time to plan our last days together, but Kate point blank refused," Mike Brandon wrote on the couple's GoFundMe page. "We would fight on, and we have."

In an effort to find a new kind of treatment they started raising funds and eventually raised more than 450,000 British pounds or nearly $600,000 to go to the Abramson Cancer Center at the University of Pennsylvania Health System, which confirmed Brandon was a patient there.

In an online update Kate Brandon said that her husband had suffered severe side effects from the experimental t-cell treatment.

"Mikes has been in intensive care for over a week but I am pleased to say he is finally now back on the wonderful Oncology Unit," she said. "We were told that paradoxically the sicker that people become during this treatment, the more likely they are to have a good outcome."

After the severe illness, the couple updated with positive news: new tests showed no sign of cancer.

"Mike's initial bone marrow biopsy test has come back clear! Prior to starting the therapy Mike's bone marrow was almost completely made up of [leukemia] cells," the couple wrote on their page. "28 days later there were none."

The couple thanked those that helped them get treatment, but said there is still much to be done before Mike Brandon is out of the woods.

"This is a great first step showing that the T-Cell therapy is doing exactly what we hoped it would," they wrote. "We still have quite some distance to go in our journey, but we are currently filled with huge relief to have cleared such an enormous hurdle."

Mike Brandon's experience mirrors that of young Emily Whitehead's which Action News documented back in January when she returned to Children's Hospital of Philadelphia.

At the age of 7, Emily was the first child in the world to undergo an experimental treatment at CHOP using a pioneering immunotherapy to treat an aggressive form of leukemia.

She has been cancer-free for close to four years.

Her story was very similar to Mike's.

In early 2012, Emily was battling an aggressive form of acute lymphoblastic leukemia, ALL.

Her leukemia had relapsed twice and chemotherapy stopped working.

In a last-ditch effort to save Emily's life, doctors at Children's Hospital made her the first pediatric patient to undergo an experimental treatment.

Using her own t-cells, doctors manipulated Emily's own immune cells to attack her specific cancer cells.

Initially she got very sick.

"She was on a ventilator for 14 days and she woke up and came back to us on her 7th birthday," her father Tom Whitehead recalled.

Her dad says it was a miracle, and when doctors confirmed the treatment worked, the family decided to start the Emily Whitehead Foundation.

"To try to make a difference so all kids can go home with their parents like we had Emily come home with us, healthy and happy," says Whitehead. 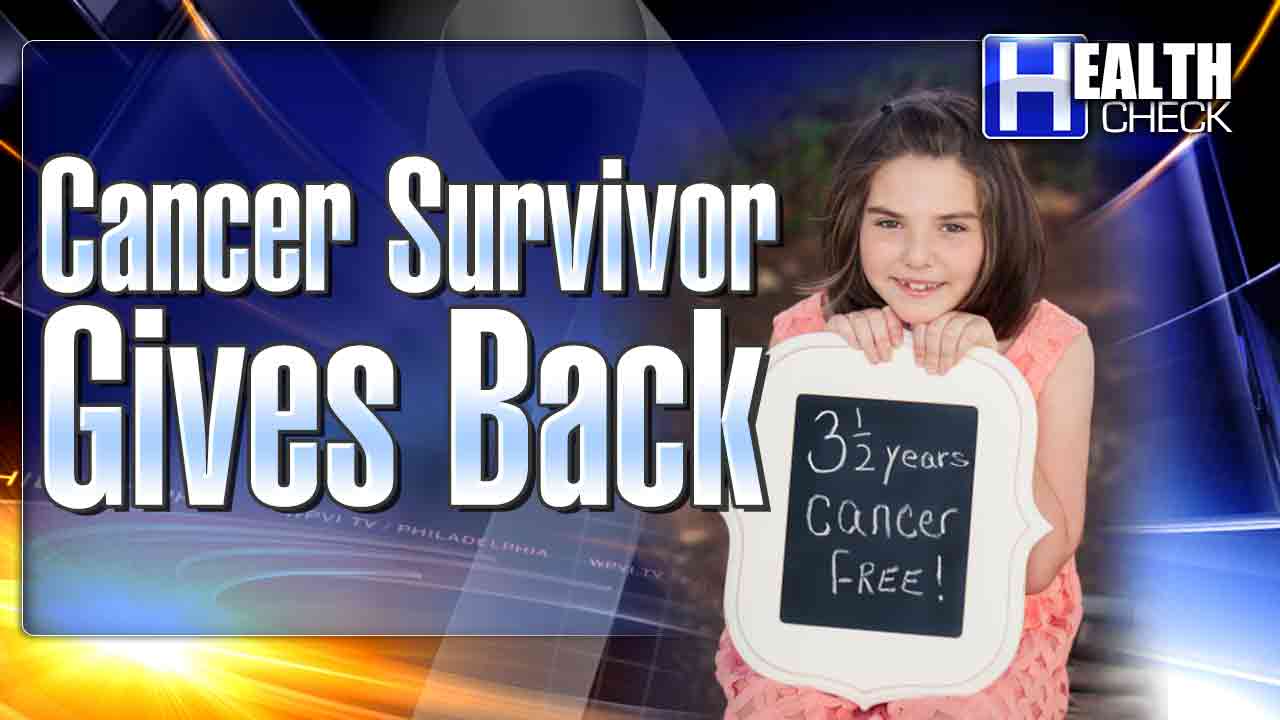 Young cancer survivor and family give back to Children's Hospital