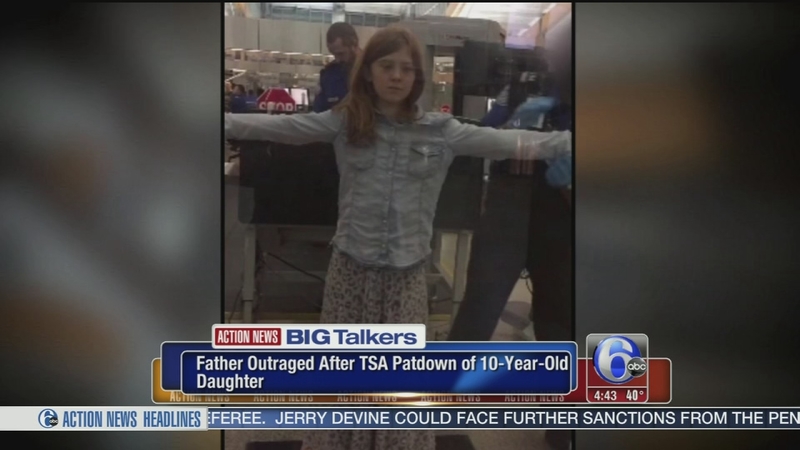 RALEIGH, N.C. (WPVI) -- A video of a 10-year-old girl being patted down while going through security at Raleigh Durham International is going viral.

It happened last week as her family was headed home to San Diego, California.

Outraged by the check, the girl's father recorded the entire incident on his phone and is considering filing a complaint against the Transportation Security Administration.

Kevin Payne said TSA agents at RDU found a juice box in his daughter Vendela's purse. He said the box and a false positive test for explosives, led to the pat down of the girl by a female agent.

"I thought it was incredibly inappropriate, very invasive and it really violated my daughter," Payne said on ABC's "Good Morning America" Wednesday morning.

"They just kept doing it, over and over," Vendela added. "I felt very uncomfortable. I felt like screaming."

Payne said he plans on filing a complaint about the pat down.

WTVD-TV reached out to the TSA for the agency's comment, and received a statement that said in part: "Screening procedures allow for the pat down of a child under certain circumstances. The process by which the child was patted down followed approved procedures."

"There has to be a line at some point, especially with small children," RDU traveler Catherine Cary said. "I understand that sometimes they are taken advantage of, but I think there has to be a better way."

"Especially for a child that age, because something like that could really have a negative impact on them for the rest of their lives," traveler Julie Cary said.