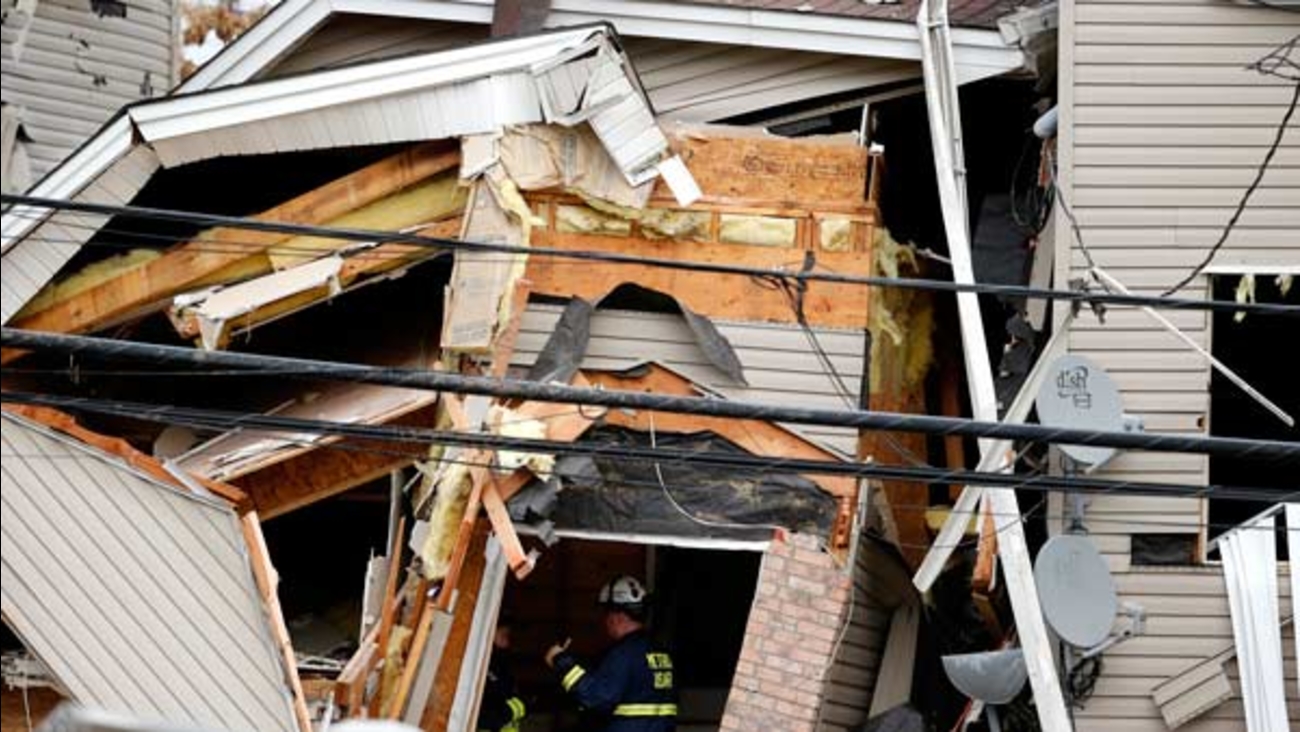 Officials investigate the inside of a house explosion, Wednesday, Nov. 11, 2015, in Elizabeth, N.J. (AP Photo/Julio Cortez)

ELIZABETH, N.J. -- The gas company that services a New Jersey house where an explosion killed one person and critically injured two others this week said no leak was evident when a technician visited the location the day before the blast.

A spokesman for Elizabethtown Gas also said the company wasn't aware that a ground-floor area had been illegally converted into an apartment with gas and electric services that were off the books.

The explosion killed 24-year-old Femi Brown and sent several others to the hospital. Two have since been released but two more, including an 11-year-old boy, remained in critical condition Friday, Elizabeth Mayor Chris Bollwage said.

The explosion Wednesday occurred a block from busy Routes 1 and 9, about a mile south of Newark Liberty International Airport, and affected 16 other buildings. It knocked the houses on either side off their foundations, requiring them to be demolished.

An Elizabethtown Gas technician went to the house Tuesday morning to turn on gas service in the first-floor apartment but found it was already on, company spokesman Duane Bourne said in an email Friday. The technician checked that the company's equipment was operating safely and found no evidence of a leak, Bourne said. The technician also was not aware of the apartment on the ground floor, and the company hadn't received any calls about a gas odor.

"First and foremost, our thoughts are with the families affected by this incident," Bourne said in the email. "This is a complex investigation with multiple agencies involved. We have been working side-by-side with the city's investigators and have remained in daily contact with the Elizabeth mayor's office."

More details about the Wednesday morning blast also emerged Friday, including that at least one tenant smelled an "overwhelming" gas odor the night before the explosion.

The owner, listed in property records as Abel Brito, denied knowing about the gas smell, Bollwage said, adding that investigators haven't found any records indicating calls were made to the city or Elizabethtown Gas.

Discrepancies abound in the accounts by tenants and owner, Bollwage said.

Bollwage said the tenant who reported an "overwhelming" smell of gas Tuesday night said Brito was notified. But Brito said he had been at the property in the afternoon to collect rent but wasn't there in the evening, according to the mayor. Brito couldn't be reached for comment Friday.

"The bottom line is nobody called any emergency numbers on Monday or Tuesday to report gas," Bollwage said.

Investigators haven't yet determined the exact location of the breach in the gas lines. Bollwage said they were focusing on a first-floor line that may have been capped incorrectly when a gas dryer was removed several weeks ago. 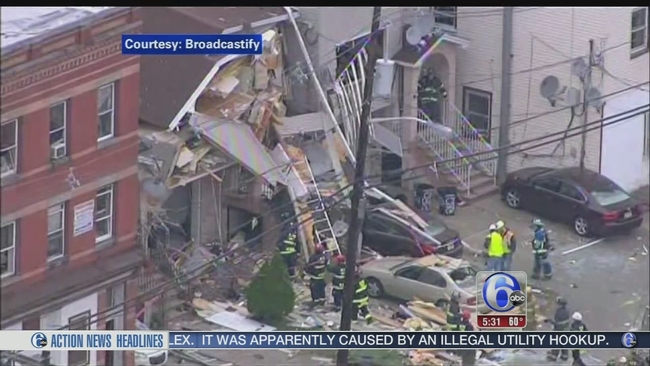