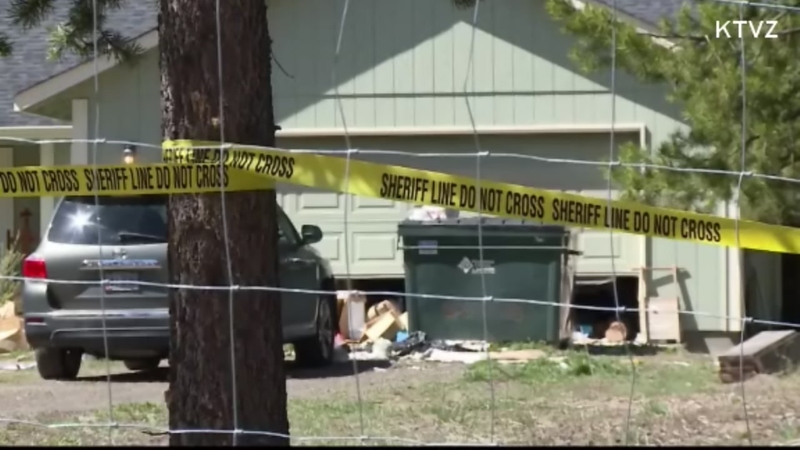 LA PINE, Ore. (WPVI) -- A long-dead woman was found inside a purported hoarder's home in Oregon and authorities are talking to the woman's sister about the circumstances of her death.

The sheriff's office in La Pine, Oregon, told local station KTVZ medics responded to the home for a woman who had broken her arm. Paramedics noticed a strong odor coming from the house.

Detectives questioned the woman at the hospital.

Deschutes County Sheriff's Office Capt. John Bocciolatt said, "Basically admitted that her sister had died five months ago, and was in the house and she was relieved that this day was coming...had arrived."

Bocciolatt says investigators were on scene collecting evidence over the weekend. Investigators say the sister was scared to call authorities.
Bocciolatt said, "She became fearful, didn't know what to do and started drinking and just left her sister there."

He added, "I don't know if it was due to neglect, I know there is obviously a hoarding situation going on there...I just, I don't know what goes through a person's head."

This neighbor, who does not wish to be identified, says he noticed a smell coming from the home, but thought it was a dead animal.

He says the sister would never come out of the home. "I knew she would take care of her sister, but I have never seen her sister," he said. "Not even once."

Investigators say there are no signs of foul play, but they are treating this death as suspicious.