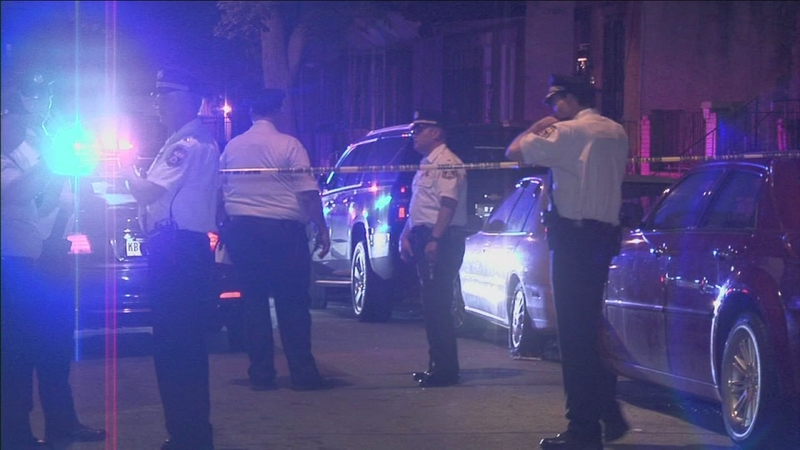 TIOGA-NICETOWN (WPVI) -- A 36-year-old man in a wheelchair was shot and killed during what Philadelphia Police believe could be a home invasion robbery.

Police say caretaker was assisting the man into his home after 11:30 p.m. on the 3300 block of North Gratz Street when two armed men forced them into the home.

Watch Action Cam video from the scene in Tioga-Nicetown where a man in a wheelchair was murdered.

The 36-year-old was shot in the head and pronounced dead at the scene. His body was found inside the home next to his wheelchair.

Action News is told he had been left paralyzed after a shooting more than a decade ago.

Philadelphia Police Chief Inspector Scott Small said, "It appears that the shooters forced open the front door, struggled with the victim who was in a wheelchair. The wheelchair-bound victim was struggling to keep the door closed, according to witnesses. But they overpowered him and were able to shoot him in the head, killing him."

Police say 36 yr old man in wheelchair fatally shot as he struggled with gunmen to shut his front door. Caretaker also shot and is stable. pic.twitter.com/QRE6prBMLp

The victim's mother and his sister's four children were upstairs at the time. They heard the commotion and the shooting, but didn't see anything and weren't injured.

The 51-year-old caretaker ran from the scene, but was chased by the two suspects. Both opened fire, police say, hitting the caretaker in the back and leg near the home.

He was on the ground when police arrived. He was taken to Temple University Hospital, where he remains in stable condition.

The exact motive for the shootings is not known, but Small said, "It appears this is a home invasion homicide."

The suspects are described as two males of medium build, one with a beard, Small said. Both were wearing dark-colored hooded sweatshirts and were last seen running south in the 3300 block of North Gratz.

Investigators were checking for surveillance video that may have been recorded in the area before, during or after the incident.