Mom charged after stolen SUV crashes with young children inside

WPVI
AUDUBON, N.J. (WPVI) -- The Camden County Prosecutor's Office said a mother who left her children unattended in a vehicle that was stolen and involved in a crash has been charged.

Kyna C. Garnett, 32, of Lawnside, was charged Wednesday with one count of fourth-degree abuse and neglect.

The incident happened around 11:30 p.m. Saturday in the 500 block of the White Horse Pike in Magnolia.

Police said Garnett stopped at Colombo Liquors and left the engine of her Chevrolet Traverse running while she went inside. 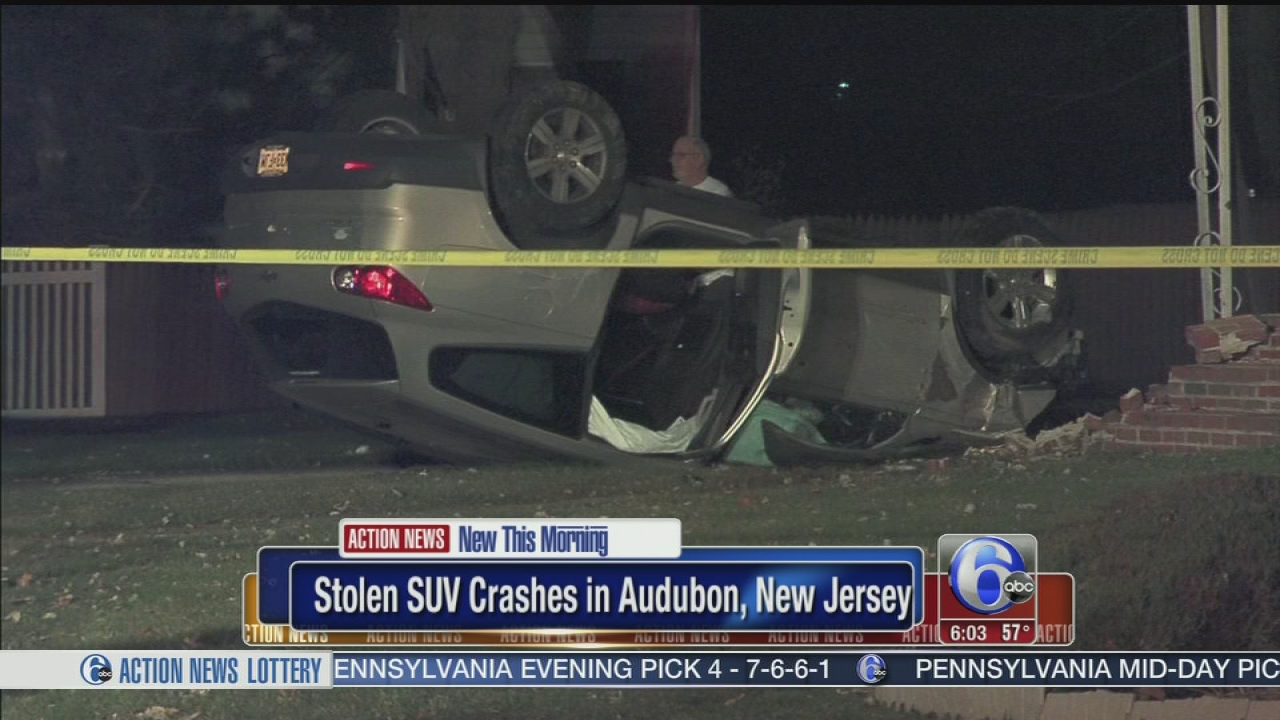 VIDEO: Stolen SUV crashes in Audubon, NJ
Police say a suspected car thief is in custody after stealing an SUV with two children inside and crashing it in Audubon, New Jersey.

Garnett's 8-year-old son and 10-year-old daughter were in the back seat, police said, when she entered the store.

Police said Christopher R. Dumas, 38, of Paulsboro got into the SUV and sped away on the White Horse Pike.

Dumas later collided with another SUV at Merchant Street and Hampshire Avenue in Audubon.

The impact sent the stolen SUV up onto a curb. It rolled onto its roof.

Police say it happened after a woman stopped at a liquor store on the White Horse Pike and left the engine of her SUV running while she went inside.

Dumas, the two children and the other driver, a 48-year-old Mount Ephraim woman, were all taken to Cooper University Hospital with nonlife-threatening injuries.

Police said surveillance footage obtained during an investigation shows Garnett's SUV was stolen around 30 seconds after she exited the vehicle and entered the store. It also shows she was in the store for several minutes.

Garnett was processed Wednesday and released on her own recognizance.