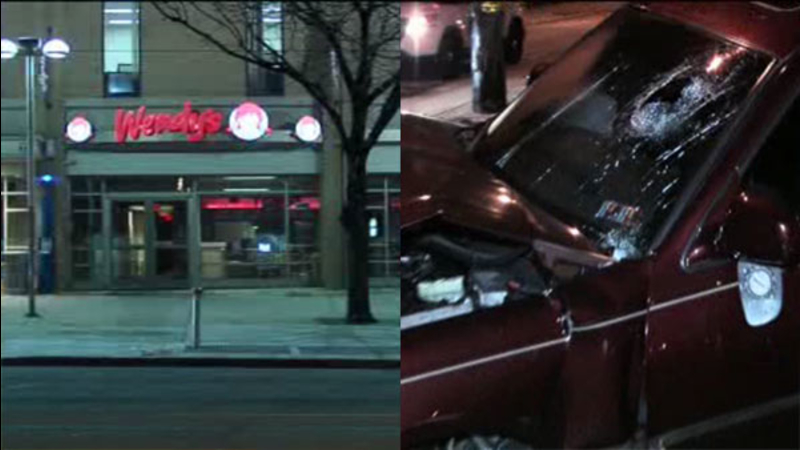 NORTH PHILADELPHIS (WPVI) -- Two suspects are behind bars after attempting to holdup a Wendy's fast food restaurant in North Philadelphia.

The incident happened around midnight Tuesday when two suspects tried to rob an attendant after entering Wendy's at the Broad Street and Cecil B. Moore Avenue.

Both suspects fled in a car with Temple University and Philadelphia police in pursuit.

The suspects then struck a passing vehicle, causing it to completely spin around on the 900 block of Jefferson Street.

Police say one of the suspects was injured and the second one fled on foot, but was caught nearby.

The driver in the vehicle that was struck was checked out for injuries.

Investigators were searching a nearby field for a weapon that may have been used in the robbery.