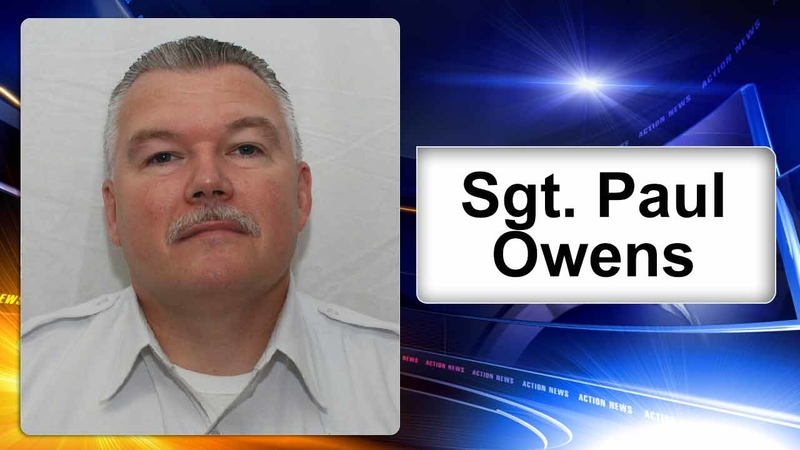 CENTER CITY (WPVI) -- An investigation continues into an elevator accident in Center City that left a sheriff's sergeant seriously injured.

Sgt. Paul Owens suffered broken bones in his back. The sheriff's department said he had successful surgery, but will have to remain in the hospital for a few more days.

The accident happened just before 10:30 Thursday morning in a bank of elevators reserved for employees at the Criminal Justice Center.

There was a failure at the top of one elevator, sending it flying up into a maintenance room, with Sgt. Owens inside. Debris from that crash hit a second elevator, carrying a court employee.

Beverly Smith, a court clerk, was released from the hospital, giving reporters a thumbs up and waving. She suffered only minor injuries.

When the malfunction happened, people at the center heard what some thought was an explosion. An announcement then came over the loud speakers telling everyone to evacuate.

"No one told us anything, but we were on the 11th floor and we heard a loud commotion, a loud boom," said Phillip Jerrido of North Philadelphia.

Investigators say Sgt. Owens, who's been with the department since 1989, was in the car on the left and that car shot upward with such speed and force, it actually breached the shaft's concrete ceiling, a heavy structure that is part of the elevator's machine room.

Sheriff Jewell Williams tells us, "It's like a projectile in a building or in a box, and you stop and everything moves. That's what I think happened."

An elevator mishap has injured an employee at Philadelphia's main criminal courthouse.

Heavy debris from the impact rained down more than 100 feet onto the right-hand elevator in which court clerk Smith was riding, forcing that car down.

The question is what triggered the event?

"The operation or the malfunction of the elevator is something that we're not clear," said Sheriff Williams. "We're calling for the experts to look into it."

The incident caused widespread chaos at the center.

The courts were closed for the rest of the day Thursday, and were also closed on Friday, with the exception of certain bail matters and protection from abuse orders.

"We will be letting witnesses, jurors, defendants who have been evacuated know of a re-scheduling of any trials or cases that they're involved in," said Gabe Roberts, First Judicial District.

Meanwhile, Sgt. Owen's father tells Action News he often worried for his son's safety, but never expected anything like this to happen.

"Everybody's overly concerned. They wanna know what they can do and right now, it's about prayers and family support," said Williams.

City records show all the elevators, which are used only by court employees and jurors, were inspected by the state on June 14 and passed that inspection. The remaining elevators in the building were cleared again on Thursday by state inspectors.
Related topics:
center city philadelphiaphilly news
Copyright © 2021 WPVI-TV. All Rights Reserved.
More Videos
From CNN Newsource affiliates
TOP STORIES