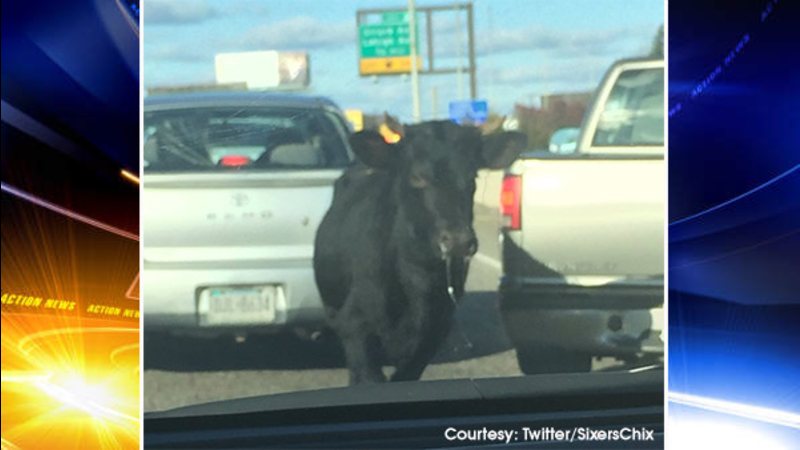 CENTER CITY (WPVI) -- A runaway bull tied up traffic on the streets and highways of Center City Philadelphia Tuesday afternoon.

It was around 2 p.m. when the animal escaped from a slaughterhouse located on the 2100 block of North Hancock Street, and made a break for it.

Officer Jerry Czech of the Pennsylvania Game Commission was driving on I-95 when he saw the bull run by.

Officer Jerry Czech of the Pennsylvania Game Commission was driving on I-95 when he saw the bull run by.

The bull weaved through vehicles in the southbound lanes of I-95 before wandering onto Route 676.

The bull then took the Callowhill exit and was cornered by authorities on 7th Street between Vine and Franklin streets.

It was there that the bull was euthanized by the Pennsylvania Game Commission.

"Due to public safety issues and being in Center City Philadelphia, I was directed by a captain of the police department to assist them in putting the animal down for public safety reasons. We generally don't do this. We're wildlife officers, but in an extreme situation, an emergency situation, for public safety, we chose to put it down," Czech said.

Czech said the owner of the bull was on the scene trying to get it back on his trailer.