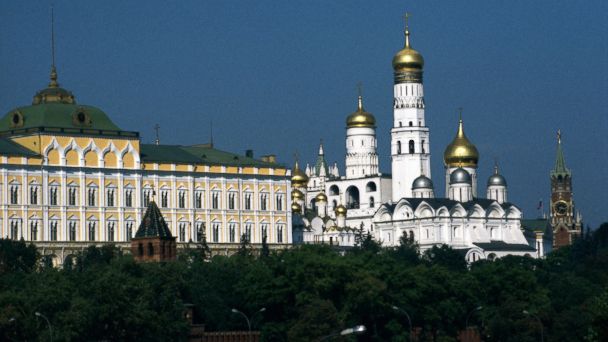 The Kremlin said today that accusations from U.S. officials and cybersecurity firms that Moscow was responsible for a massive hack of Democratic National Committee emails are "absurd."

"Overall, we still see attempts to use - manically use - the Russian issue during the U.S. electoral campaign," Russian government spokesman Dmitry Peskov said, according to Russia's state-run news outlet Sputnik. "The absurd claims were immediately refuted directly by a presidential candidate's family."

Peskov may have been referring to Donald Trump Jr., who told CNN Sunday that claims by Democrats that the Russians hacked the DNC to help his father in his presidential bid were "disgusting" and "phony."

Russian hacking groups tied to two Russian intelligence agencies were fingered for the DNC hack by the cybersecurity firm Crowdstrike in June. Crowdstrike said it appeared that one of the groups had been rummaging around the infected systems for a year.

Since then, other major cyber firms that studied the code also concluded that Russian hackers were the likely culprits. An executive at one of those firms, Fidelis, told ABC News on Monday that Russians were to blame, "beyond a reasonable doubt."

Late Monday national security officials told ABC News that federal officials believe operatives affiliated with the Russian government were responsible for the hack and for providing the emails to WikiLeaks, which published 20,000 of them on Friday. The officials said they suspect it was a blatant attempt to influence the U.S. presidential election or, at the very least, make mischief.

U.S. Secretary of State John Kerry told reporters he raised the issue with Russian Foreign Minister Sergey Lavrov, but did not repeat allegations against Russia, according to The Associated Press.

Lavrov brushed off questions about the accusations, telling reporters later, "I don't want to use four-letter words."

Today a White House homeland security and counterterrorism adviser said that she did not want to get ahead of the FBI's investigation into the hack but that in general terms the U.S. uses "all tools" for responding to cyberattacks.