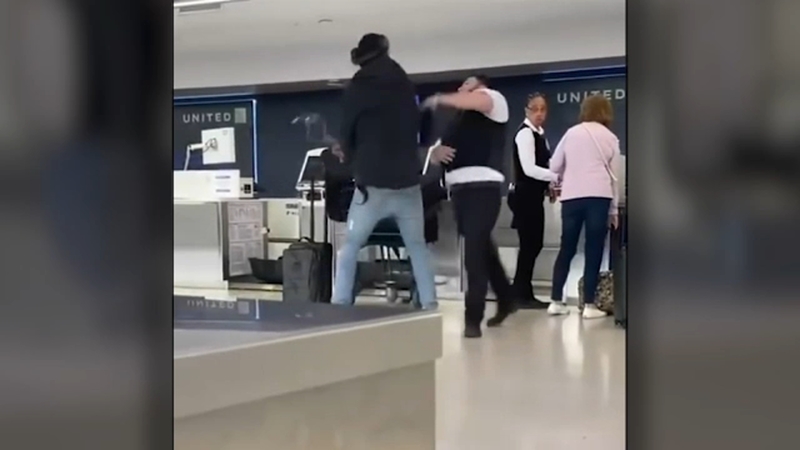 NEWARK, New Jersey -- A wild scene played out at the ticket counter at Newark Airport in New Jersey on Thursday.

Police are now investigating the violent incident and looking at a video that was taken by a bystander.

Sources tell ABC News it all started when the employee asked Langley, 27, for the wheelchair he was using to transport luggage.

The video doesn't show how the fight started.

The employee has been fired.

There's no word if he'll face any charges.

Langley was charged with assault.

The Port Authority released a statement saying, "The Port Authority is confirming that Brendan Langely was in a physical altercation with a United Airlines employee at Newark Liberty International on May 19th at approximately 11:03 a.m. He was charged with simple assault and released on his own recognizance. No further info is available at this time."

Langley played for the Denver Broncos as a cornerback starting in 2017. He moved on to the practice squad of the Seattle Seahawks in 2020 and currently plays for the Calgary Stampede in the Canadian Football League.