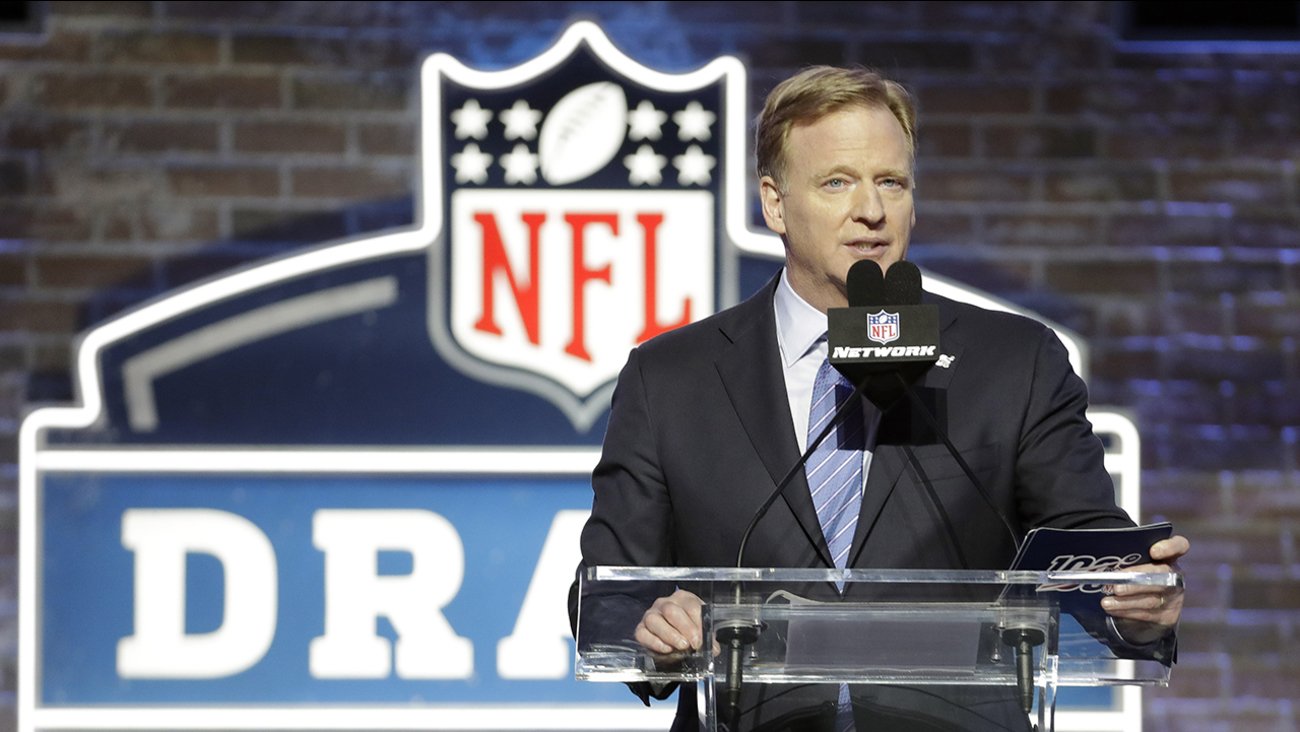 NFL Commissioner Roger Goodell speaks ahead of the first round at the NFL football draft, Thursday, April 25, 2019, in Nashville, Tenn. (AP Photo/Steve Helber)

NEW YORK -- Commissioner Roger Goodell told NFL teams on Thursday that the draft will go on as originally scheduled for next month.

The draft will still take place April 23-25. It was originally scheduled for a big outdoor production in Las Vegas, but those plans were scrapped because of the COVID-19 pandemic.

In a memo obtained by The Associated Press, Goodell said that "public health conditions are highly uncertain" and there was no guarantee of significant improvement by moving it to a later date as reasons for not moving the date of the draft.

The draft, which has become a huge extravaganza since leaving New York in 2015, will be scaled down and "televised in a way that reflects current conditions."

Prospects and their families will not be at the draft. It is possible the draft will more resemble a studio TV show.

Even without the big party on the Strip, the draft should still draw considerable attention and TV ratings while the rest of the sports world is largely shut down because of the coronavirus.

Goodell instructed the 32 teams to close their facilities to all but a select few employees on Wednesday. On Thursday, he told teams to plan to conduct draft operations outside of team facilities and with the ability to talk to other teams as well as draft headquarters.

Budweiser skipping the Super Bowl for first time in 37 years