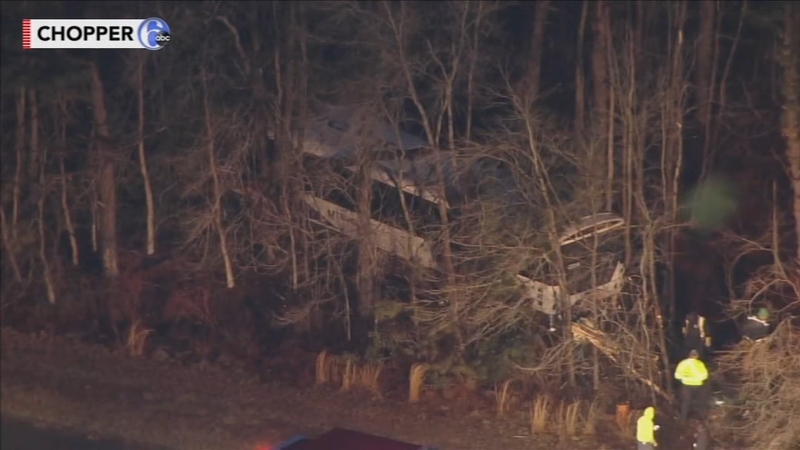 It happened around 4 a.m. Tuesday on the westbound side of the Expressway at Route 54/Exit 28 in Hamilton Township approaching Hammonton.

Tire tracks could be seen on the roadway going into the trees.

Police say there were 10 people on board the bus at the time, the driver and nine passengers. Some were reportedly trapped inside the bus.

Rescue crews were able to remove everyone from the bus.

NJ Transit says seven people suffered injuries that appeared to be minor. They were taken to a local hospital.

One lane of the westbound AC Expressway was closed to traffic as emergency crews remained on the scene to remove the bus from the woods.