"The time just flew by. What happened to all the time? It goes quickly, so make every day count," Dr. Dietrich said.
WPVI
By Corey Davis 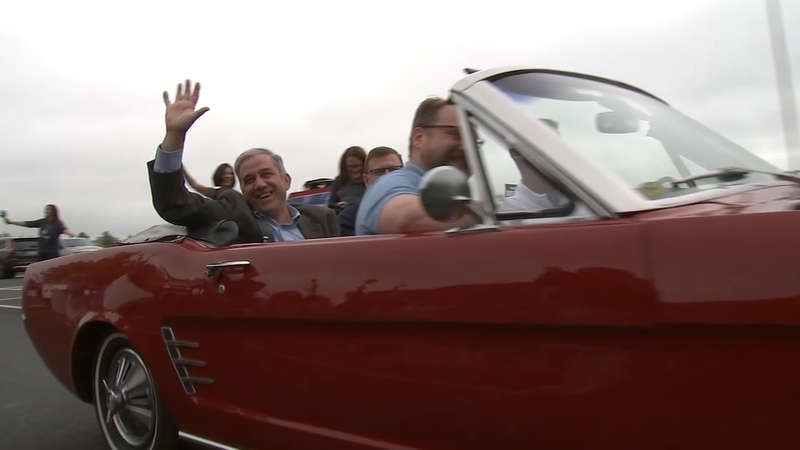 Dietrich spent the morning riding in style in a '66 Mustang convertible as administrators, teachers and students took time to bid farewell.

"It is exciting. You put your life into a career. I've just been really blessed to be with all the people at North Penn," Dietrich said.

Dietrich officially retires at the end of June, but everyone has been reflecting on his achievements since he announced his retirement earlier this year.

"There are many things that I admire and appreciate about him. The thing I appreciate the most is his relationship with staff and families," said North Penn School District employee Pam Hart.

"Good luck to him. He has achieved a lot and he deserves to enjoy it now," said Cara Weinberg, North Penn School District employee.

His tenure is the longest for a superintendent of the district and longer than most who hold the position, according to district officials.

"Working for him has really been an honor. He actually hired me three times, so I have a special place in my heart for him," said Dr. D'Ana Waters, Assistant Superintendent of North Penn School District.

"The time just flew by. What happened to all the time? It goes quickly, so make every day count," Dr. Dietrich said.