PHILADELPHIA (WPVI) -- A New Jersey couple became viral TikTok stars overnight, and now their story is grabbing the hearts and "likes" of the lovelorn all over the world.

Nick Monguso works in IT and his fiancee, Courtney Mahnken, is a 4th-grade teacher.

They don't usually post on TikTok, but it was a "stitch" about coincidences that drove Mahnken to make the video that's now being seen and shared by millions.

"When I was 14 years old I got my first boyfriend. It was the first time my mom was meeting one of my boyfriends' moms," starts Mahnken in the TikTok video.

Her "crazy coincidence" stich starts in the hospital nursery where the couple was born a day apart.

"As soon as my mom met his parents, she was like looking at them weird and immediately, mid-sentence, she was like, 'Where did you give birth?' And I was like, 'Oh, my gosh, I just told you to not be embarrassing,'" recalled Mahnken. 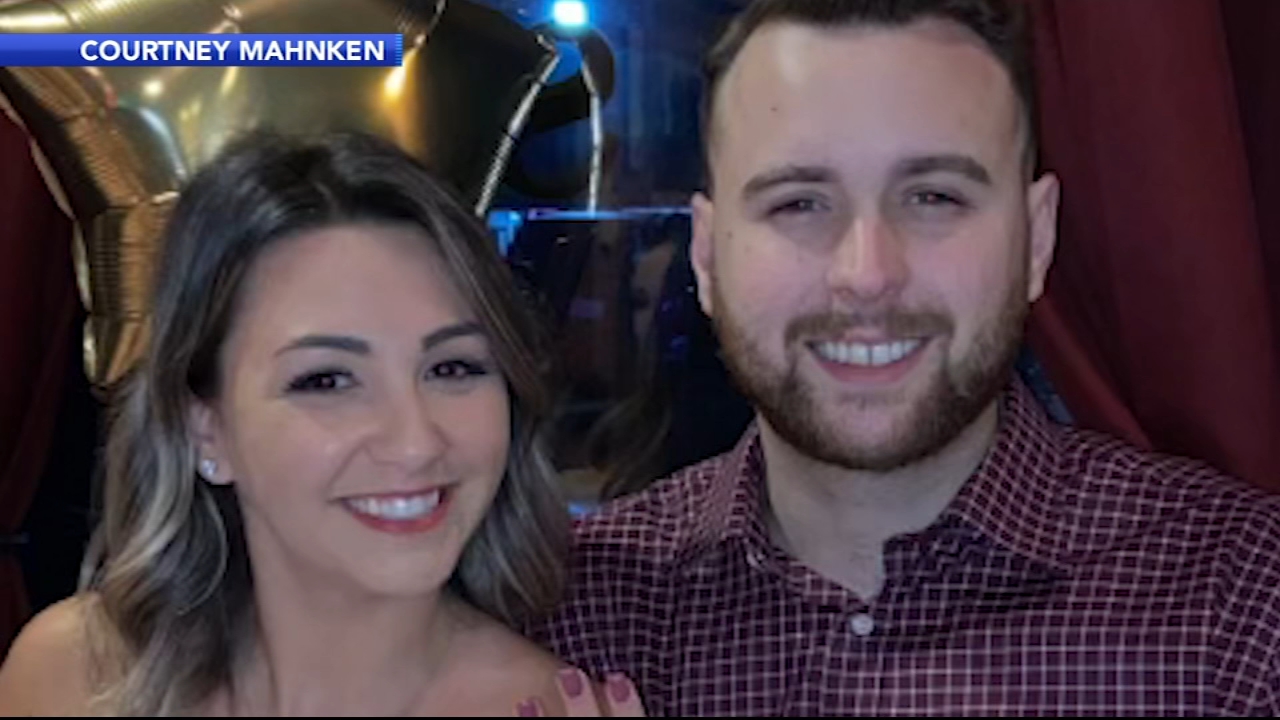 A local couple’s love story, full of coincidences at every turn, is now grabbing the hearts and "likes" of the lovelorn all over the world.

"They start putting two and two together, realizing I'm on April 12 at night. He's April 13 in the morning. They realize it's the same hospital," said Mahnken.

Twelve years later, Mahnken is now engaged to that baby one bassinet over.

The couple went to the same high school in Bayville.

"And then she actually broke up with me for some senior," laughs Monguso.

And then they went to the same college.

"He called me at 2 a.m. and told me that I had to go to Rowan. So I changed my whole plan and I went to Rowan for him," said Mahnken.

But they were still broken up and didn't get together until after college.

Two biological sisters separated by adoption discovered they were siblings while working in the same restaurant.

"We were just always together, somehow," recalled Mahnken.

But after graduation, the couple started dating again, and they've been together ever since.

As their love story continues to go viral, both Mahnken and Monguso want to encourage others to go find love.

"I had so many comments saying, 'This gives me so much hope. I want a love story like this.' And I confirmed that like, this has not been a 12-year fairytale," laughed Mahnken.

And fans around the globe have been asking them for advice.