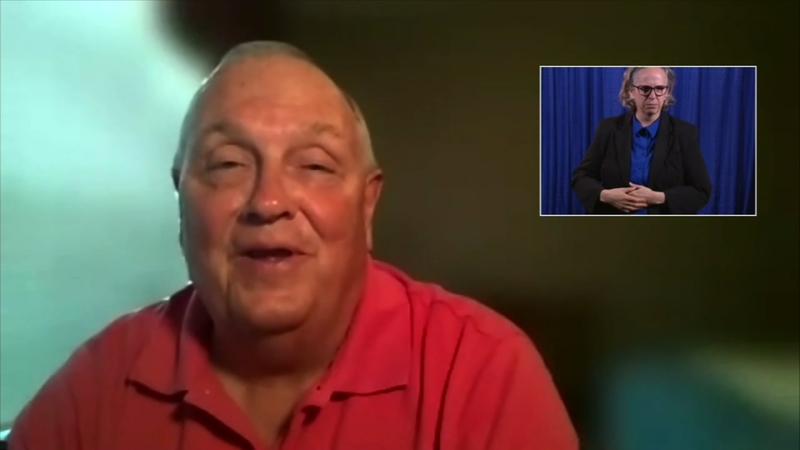 Ohio vaccination lottery winner wants to help others with money

RICHWOOD, Ohio -- A day after Ohio reported over 20,000 COVID deaths, the Ohio Lottery announced the third winners of the Vax-a-Million drawing.

This week's $1 million winner is Mark Cline of Richwood in Union County, Ohio. Cline watched the announcement with Gov. Mike DeWine and First Lady Fran DeWine. He was vaccinated at the Union County Fairgrounds.

Cline said he was watching TV at home, when his dogs started barking because they'd heard a car door close.

"Then the doorbell rang and my wife checked the Ring cam and she said, 'Some guys in suits out there. I don't know who it is,'" Cline said. "So I'm getting up and going to the door, open the door and I recognize Gov. DeWine right away. Then my mind started going really quick of like what's going on? Is this the million dollars, is he campaigning? What's all this, what's going on here? Why is he on my doorstep?"

He went on to say that once the governor told him he had won, he yelled it out to his wife.

He told ABC Ohio affiliate WSYX he hopes to use the money to help others.

He said he has been inspired by the Vax-a-Million scholarship giveaway for younger Ohioans who got the COVID-19 vaccine.

The winner of a four-year, full-ride scholarship to an Ohio state school is Sara Afaneh of Sheffield Lake in Lorain County, Ohio.

Two more drawings will be held the next two Wednesdays.

"There are only two more drawings left, so I urge Ohioans to get the shot and then enter for a shot to win a million dollars or, for those aged 12-17 a chance to a four-year, full-ride scholarship including room, board, tuition and books at an Ohio public college or university," DeWine said.

Initially, DeWine's May 12 announcement of the incentive program had the desired effect, leading to a 43% boost in state vaccination numbers over the previous week.