'Once Upon a Time in Queens' details love affair between NYC, 1986 Mets 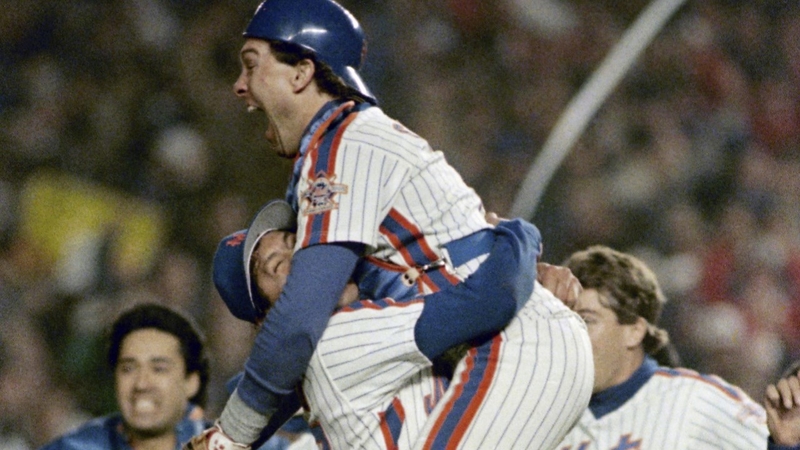 'Once Upon a Time in Queens' details love affair between NYC, '86 Mets

NEW YORK -- Anyone who loves baseball -- and New York Mets fans in particular -- will want to check out a new documentary premiering Tuesday on ESPN.

"Once Upon a Time in Queens" tells the story of the 1986 World Series winning Mets and is part of ESPN's "30 for 30" series, and the two-part presentation is not just for fans of the game, says Jimmy Kimmel, who is one of the executive producers.

The late night host told The Hollywood Reporter that the film "gives you a sense of the human beings who were part of this story."

It's the tale of a team that reflected the comeback of New York City, and it's also about how Queens came to be the center of the sports world during one magical summer.

The story went beyond baseball to fascinate millions of people, who came to see themselves in a team that was not just a gathering of individuals but a true brotherhood.

"Whether you liked them or hated them, you could not ignore the 1986 Mets," director Nick Davis said.

He came of age as a Mets fan watching the 1986 team and its larger than life personalities like Dwight Gooden, Darryl Strawberry, Keith Hernandez, and the late Gary Carter.

Executive producers Jimmy Kimmel and Cousin Sal, plus more celebrity guests, discuss ESPN 30 for 30's "Once Upon a Time in Queens" at the premiere.

In the film, tennis great John McEnroe observes, "These guys would be partying and winning also, and that seemed like a win-win to me."

The documentary is an ode to long ago summer days that were often quite crazy.

"The city in the mid 80s was wild and unruly and exciting and a little bit, more than a little bit, dangerous," Davis said. "And the team somehow had that quality too."

The Mets' biggest fans lived in the borough where the team played.

"If you were from Queens, you were on top of the world," singer Cyndi Lauper says in the film.

The result was a bond between player and those who watched them that today seems like a distant memory.

"The tickets were more affordable," Davis said. "There was more of a mix of classes and cultures and races at the ballgame than you see today."

It's hard to imagine now, but the 1980s were a wild time in New York City. The bulls were running wild on Wall Street, and in the movie called "Wall Street," the famous line told us that "Greed is good."

Harold Pinter once wrote that, "The past is like a foreign country. They do things differently there." And so it was, "Once Upon a Time in Queens."

"It's a film about characters and personality, and a team and a time and a place," Davis said. "A city and a team that had this hot love affair."

The documentary will also be available to stream on ESPN+ and the ESPN app right after its premiere.