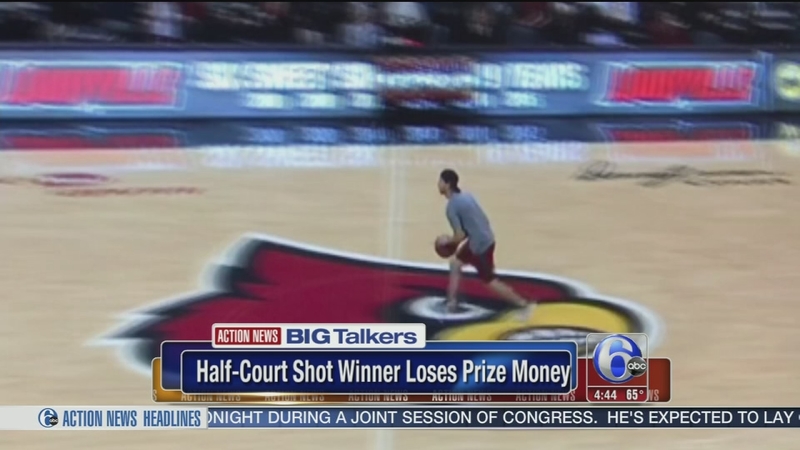 LOUISVILLE, Kentucky (WPVI) -- One Kentucky student's performance on the basketball court had everyone talking for more than one reason.

The crowd went wild when Jackson Logsdon, a sophomore at the University of Louisville, aced a layup, a free throw, a three pointer and a half-court shot at a women's basketball game.

But, he's not getting the money because he played basketball in high school and that's against the rules, according to the company in charge of the contest.