Teens face charges after participating in 'Orbeez Challenge' on TikTok

Police say to check your township rules before letting your kids buy airsoft guns in the first place.
WPVI
By Beccah Hendrickson and 6abc Digital Staff 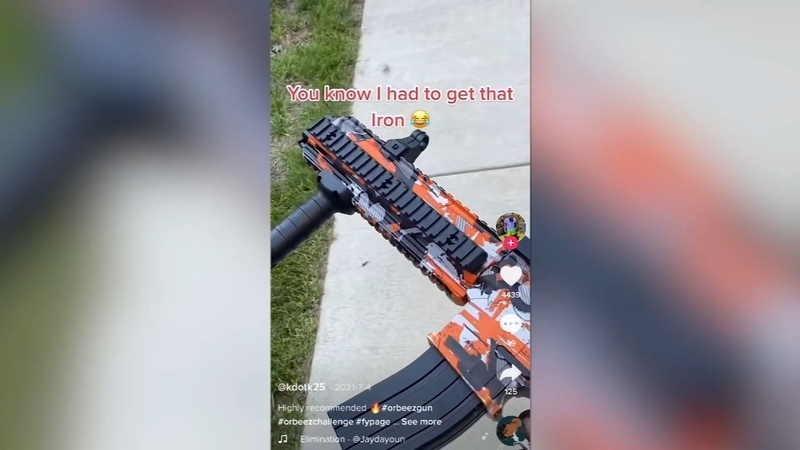 Teens face charges after participating in 'Orbeez Challenge' on TikTok

WAYNE, Pennsylvania (WPVI) -- A viral TikTok trend is causing concern in some communities and resulting in several teens from Newark, Delaware, to Wayne, Pennsylvania facing charges including reckless endangerment.

The "Orbeez Challenge" is encouraging TikTok users to buy Orbeez soft gel or water balls, load them in airsoft guns, and fire them at innocent victims.

"I didn't even connect everything until I looked down and I saw one of these Orbeez just on the ground in front of me, and I went, 'Oh, I've been shot,'" said Josh Nagy, a student at the University of Delaware, who was shot with an Orbeez ball over the weekend while on campus.

Newark police say this was the second time this month that a group of teens were caught participating in the challenge.

"That part scared me a bit that you see these things, and you're like, that's such a rare chance that they're happening to you," said Nagy.

Police say three 19-year-olds turned themselves in for shooting Nagy and are facing charges including assault.

"They think it's funny, and the bottom line is it's not. Matter of fact, it's scary for individuals who are suddenly hit with some type of unknown object," said Radnor Police Department Superintendent Christopher Flanagan.

In Radnor last month, police say a group of high schoolers drove by the middle school and shot Orbeez at a class outside, causing panic.

"They hit somebody in the eye. Even though they didn't intend to, you're responsible for that, and we just don't want people hurt over nonsense if you will," said Flanagan.

Those teens have been charged as well. The police superintendent is urging parents to talk to their kids about the consequences of viral TikTok challenges.

"TikTok is not reality or real life, it's a quick second where you might get a chuckle or something, but there are real consequences for some of those things that go on there," he said.

Police also say to check your township rules before letting your kids buy airsoft guns in the first place. In Radnor, they're not even allowed in the community.