More than 60,000 residents were without power during the height of the storm.

A line of severe storms uprooted trees and dropped large hail across parts of the region on Wednesday.

Some of the worst damage was found in East Norriton, Montgomery County, in the parking lot of a Weis grocery store.

Construction material from the building going up next to the Weis grocery store located on West Germantown Pike was scattered everywhere.

Action News spoke with Gabriel Chiodo, who happened to be in the parking lot when the storm blew through. He says he had to pull behind a wall for protection until things passed.

Since he was already in his street sweeper, he spent the afternoon helping to clean things up.

It was a similar sight over in Ambler, where the storm uprooted a massive tree on Ridings Way off Butler Pike.

Over in Glenside, Chris and Hope Napierkowski captured this video of massive hail in their yard.

In Whitemarsh Township, a tree fell onto a car at Sheaff Lane and East Skippack Pike.

The storm also flooded a portion of the Pennsylvania Turnpike that passes through Fort Washington.

More than 60,000 residents were without power during the height of the storm.

No injuries have been reported due to the severe weather.

You can share any videos and images of the storm with Action News by uploading them HERE. 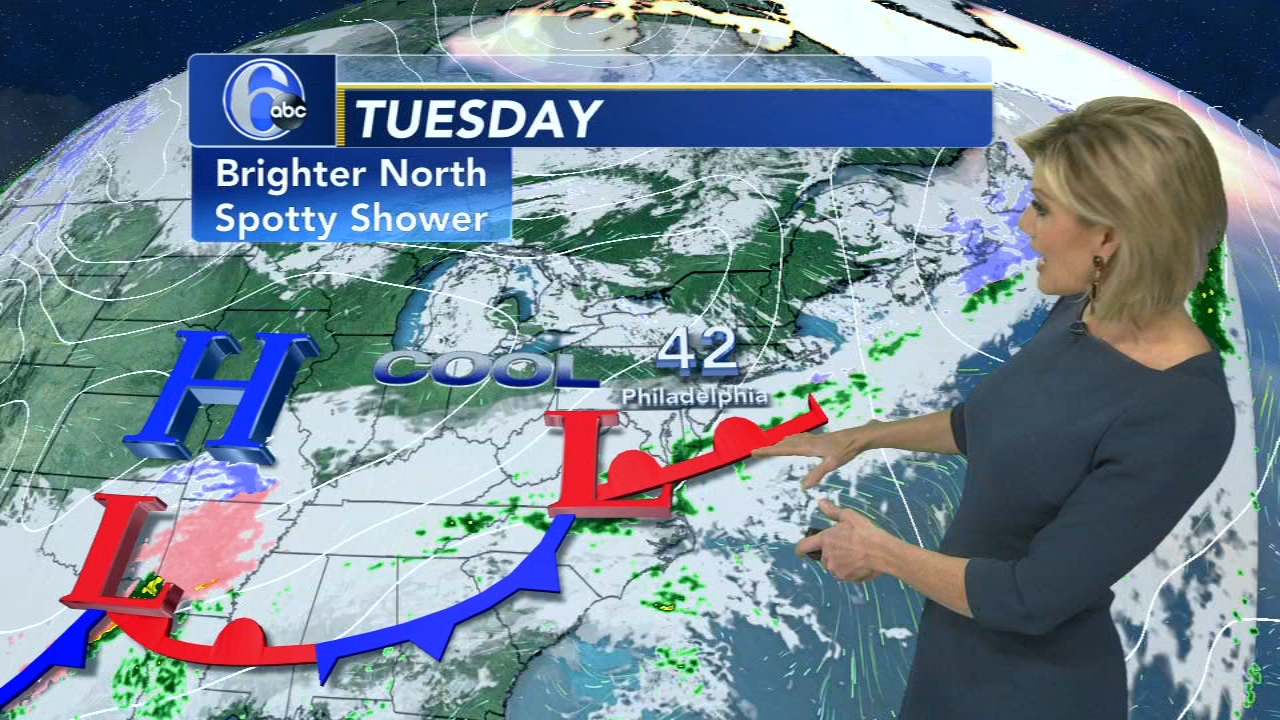