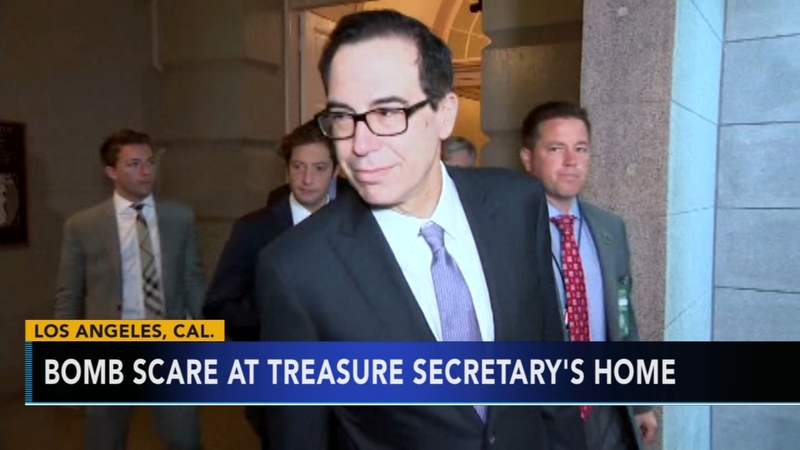 BEL AIR, California (WPVI) -- A bomb squad was called to the home of Treasury Secretary Steven Mnuchin over a mysterious package, but it turned out to be manure.

A neighbor discovered the Christmas-themed package in the driveway of the Mnuchins' Bel-Air, California mansion Saturday and called police.

When the bomb squad opened the gift they found what they called a 'pretty good quantity' of horse manure.

Officials said the package was addressed to the treasury secretary. It was wrapped in Christmas paper and the sender was listed as "The American People."

Mnuchin was not in the area at the time.

Tthe Secret Service picked up the box to further investigate.

No evacuations were ordered and the scene was cleared.