E-waste business in Philadelphia gives chances for employment after prison 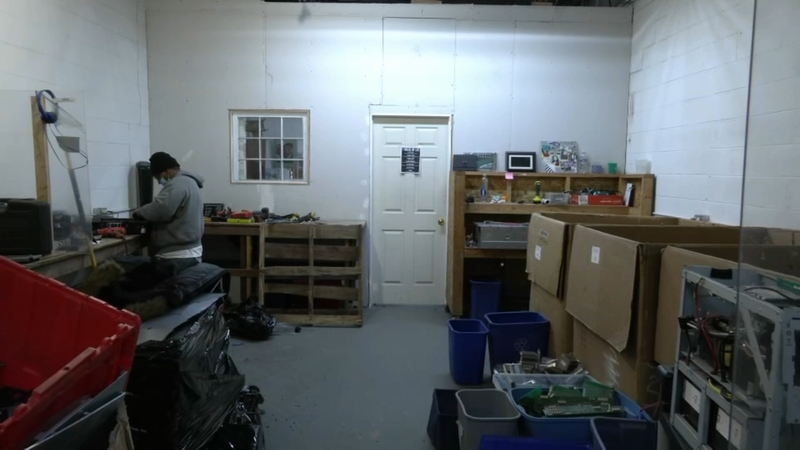 E-waste business in Philly gives chances for employment after prison

PHILADELPHIA (WPVI) -- What many of us may throw to the side is a treasure at PAR Recycle Works in Philadelphia's Tioga Nicetown neighborhood.

We're not only talking about money, however.

"We believe that people need a chance. We try to steer away from a second chance because sometimes people need the first chance," said Jones.

"It's the employment opportunity and love, care, and support," said Jones.

Jones employs only those who have recently gotten out of prison. It's a six to nine-month program and transitionary job where people learn skills by taking apart and building electronics. Then, they are matched with careers.

One of his former employees, Theresa Watts, says Jones changed her life.

"I call him boss man. And with boss man, he always strives to see people do better for themselves," said Watts, who was in prison for three years. Once she got out, she says she couldn't find full-time work until she found PAR.

Of the 110 people who have gone through Jones' program, only two have gone back to prison. He says the key to his success isn't anything groundbreaking, it's empathy.