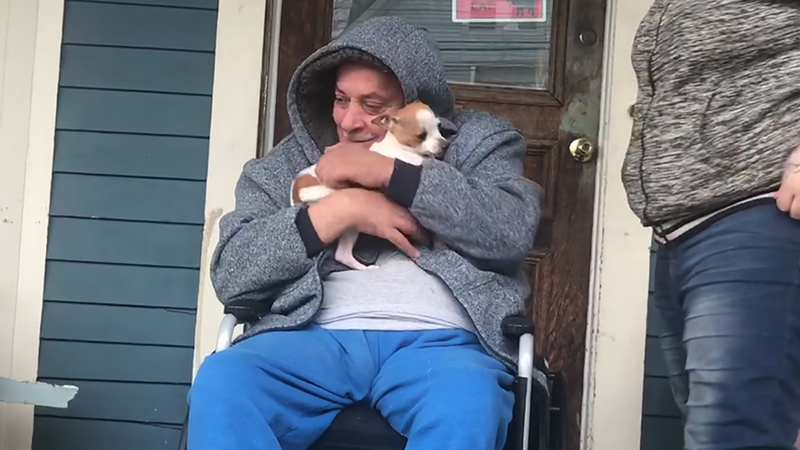 BRIDGEPORT, Connecticut -- A Connecticut man has been reunited with his beloved pooch after the dog was stolen outside his home.

Surveillance video shows a woman picking up the dog and running into a car half a block away from Frank Casanovas' home.

"I'm very attached to that dog," he said. "She means a lot to me."
EMBED More News Videos

Casanovas was paralyzed in a car accident 37 years ago, and he credits Princess with alerting family members during two recent health scares -- including one that resulted in Casanovas having a pacemaker implanted.

On Saturday, Princess ran out of the home on Roosevelt Street, which is not uncommon.

But as the video shows, someone grabbed her on her way back.

The dog was found a couple of blocks away on Friday, presumably ditched by the suspect.

A passerby recognized Princess and called the Casanovas.