6abc Action News anchor Jim Gardner was the moderator for the debate at Temple University and pressed both candidates on their view of their respective party's choice of Commander in Chief.

Jim brought up that Ms. McGinty's opponents say she was handpicked by the Democratic machine in Washington and would be a rubber stamp for the Democratic leadership and Hillary Clinton should be elected president.

"Can you tell us about one issue where you disagree with your party or your potential president?" Jim asked.

McGinty began her response by speaking of her support of Clinton.

"I do stand with Secretary Clinton because she is focused on standing up with families and rebuilding the middle class. I think it would be helpful this late date in this election if Senator Toomey would similarly let voters know whether he is voting for Donald Trump or not," McGinty said.

She then spoke about an issue of disagreement with Clinton.

"There are some issues that I disagree with Secretary Clinton on. For example, I agree it was wrong to set up Guantanamo Bay. We know that has been a tool that has been used against us by terrorists as General Petraeus and others have said. But I can't today say that we should close Guantanamo Bay because I'm concerned that we have those who would return to the battlefield against us," McGinty said.

Jim then turned his attention to Senator Toomey and his stance on Donald Trump.

Toomey responded, "Jim, unlike Katie McGinty, I am not a hyper-partisan, reflexive ideologue who thinks he has to give blind obedience to his party's nominee. Katie McGinty does that. I don't. There's a lot of things that concern me a great deal about Donald Trump and I've been very public about it. I have criticized him repeatedly, publicly, because I think he's said some terrible things, I think he's taken some very badly flawed position. I acknowledge that the nominee of party is flawed. Katie McGinty is just blindly obedient to Hillary Clinton."

"So I guess that means you haven't been waiting for this debate," Jim said jokingly.

Jim mentioned detractors of Toomey who believe he is not completely disavowing Trump because he needs his supporters to win this election.

Toomey said there is a dilemma because despite Trump being a flawed candidate, he believes Trump would as president sign a bill repealing Obamacare and restore sanctions on Iran.

"I'm like a lot of Pennsylvanians. I know because I talk to them on a regular basis who feel stuck, who feel 'I can't believe in a country with 300 million people, we've got these two choices.' And Katie McGinty can't acknowledge a single flaw in the nominee in her party." 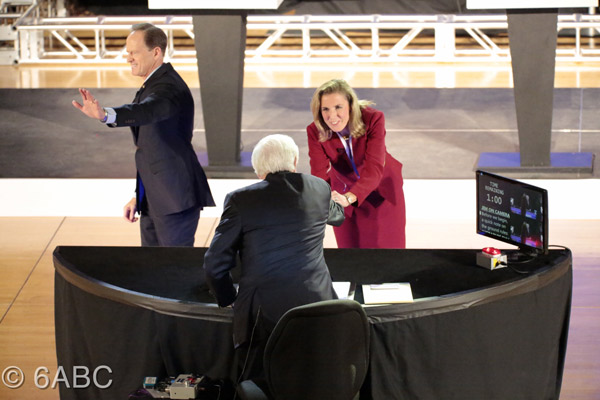 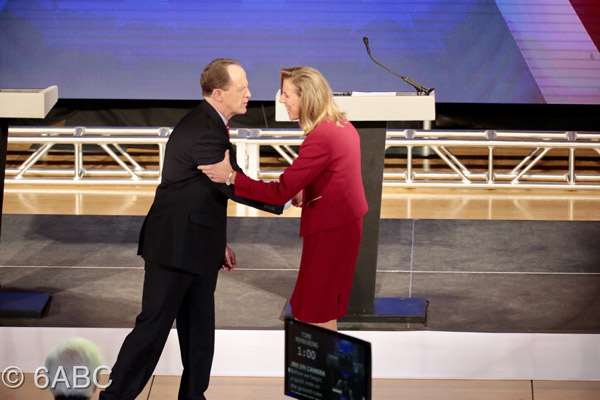 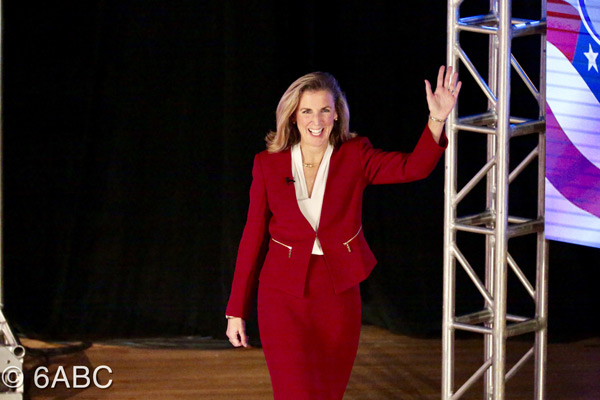 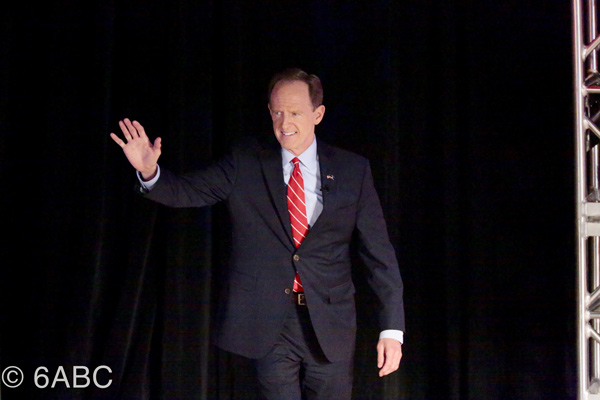 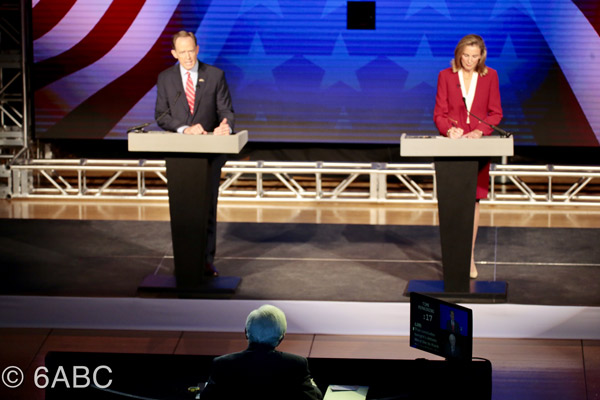 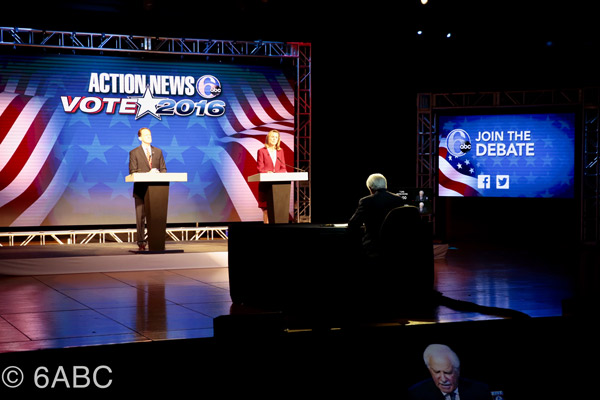 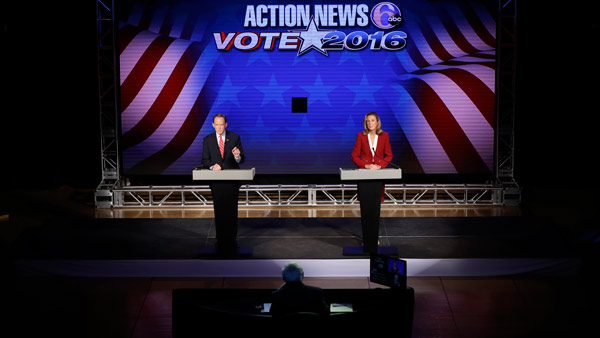 Continuing on the topic, Jim told Senator Toomey, "I'm not going to badger you to say something you're not going to say," but asked if his constituents deserve to know if he will support the nominee of his party. 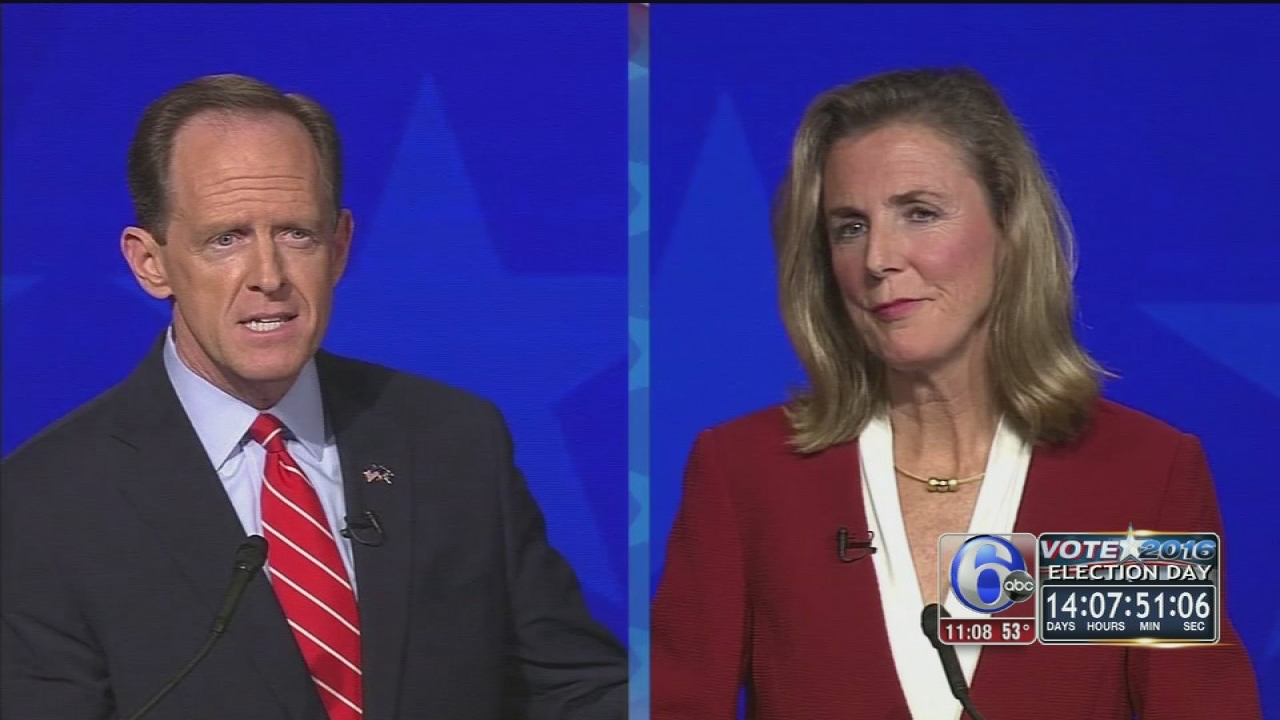