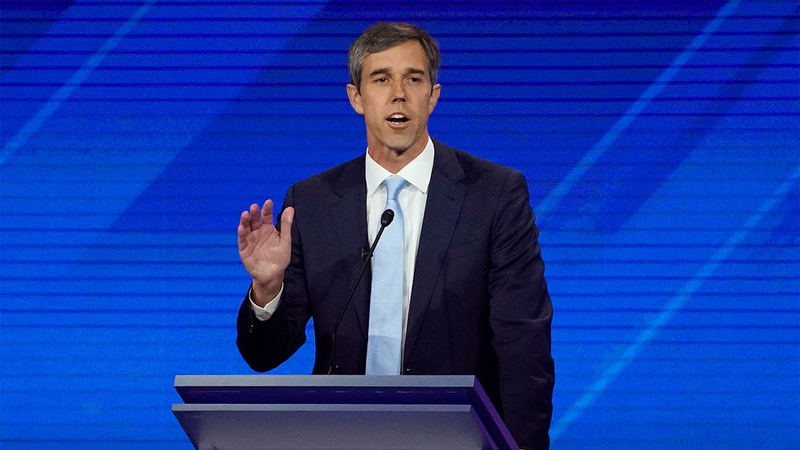 HOUSTON -- Democratic presidential candidate Beto O'Rourke claims the perpetrator of last month's mass shooting in his hometown of El Paso, Texas, was "inspired to kill by our president."

"On August 3, in El Paso, Texas, two things became crystal clear for me and I think produced a turning point for this country. The first is just how dangerous Donald Trump is-the cost and the consequence of his presidency," O'Rourke said during his opening statement in the Democratic debate Thursday.

He continued: "A racism and violence that had long been apart of America was welcomed out into the open and directed to my hometown of El Paso, Texas, where 22 people were killed, dozens more grievously injured by a man carrying a weapon he should never have been able to buy in the first place, inspired to kill by our president. "

Trump campaign communications director Tim Murtaugh replied on Twitter that O'Rourke is "as desperate as he can be."

Beto is as desperate as he can be. https://t.co/2jSIwfEkgD

The shooter killed 22 people, many of them Latino, at a Walmart store on Aug. 3 and is believed to have written a document expressing racist and anti-immigrant sentiments. The author of that document insisted his opinions "predate Trump and his campaign for president."

But the words echoed some of the views Trump has expressed on immigration, Democrats and the media.