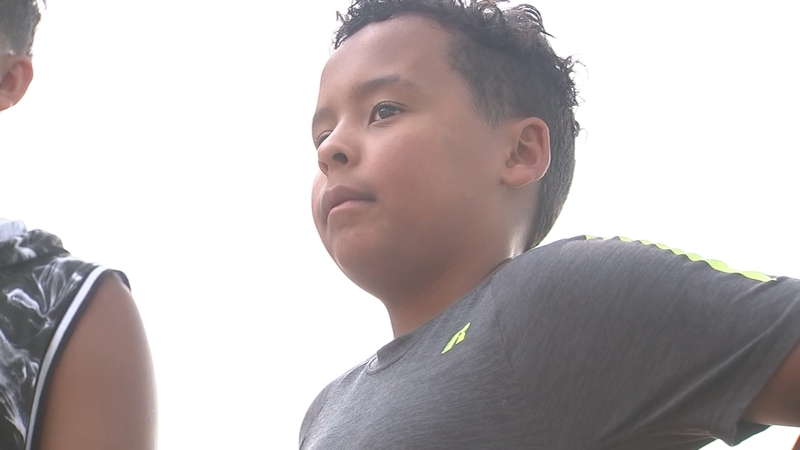 Police investigating after boy says he was approached while on bike

PENNSAUKEN, New Jersey (WPVI) -- Police in Pennsauken, New Jersey are investigating after they received a report of a suspicious incident on the 2400 block of Lexington Avenue.

On Monday afternoon, it was reported that the driver of a vehicle shouted for 10-year-old Ethan Ortiz, who was riding his bike, to come to his car.

"He said, 'Come here, come here.' And I said, 'No.'" Ethan said. "I was in shock at the moment. I didn't really know what to say after I said no. I thought he was going to like run at me, but he jumped in his car and drove off."

Ethan said the man stepped out of a newer model silver sedan.

"He had something behind his back. I couldn't clearly see what it was, and he had his back door open and said, 'Come come, here come here,'" Ethan said.

His father, Martin Ortiz, said he regularly teaches his son to be vigilant and stay away from strangers.

"I was really emotional because it's like how about if they would have taken him," said Martin Ortiz.

Pennsauken Police Chief Philip Olivo said Ethan did the right thing by memorizing the plates of the car, but not approaching the man.

"I know it's always scary, that isn't something common that happens around here," said Olivo.

Neighbors said they'll keep an eye out on their block now.

"I'm past shocked. I mean, I've been here for a long time, and we don't really have any incidents like that, so I'm definitely going to be on the lookout," said Darnell Foreman.

Neighbors with children, like Charles Mayes who has a 9-year-old son, said he'll have a conversation about the importance of being aware of your surroundings.

"It's disturbing on many fronts. The fact that I have children of my own, and also the fact that someone had to be subjected to that is particularly uncomfortable," said Mayes.

Police said the driver left in an unknown direction. Police did not give a detailed description of the man.