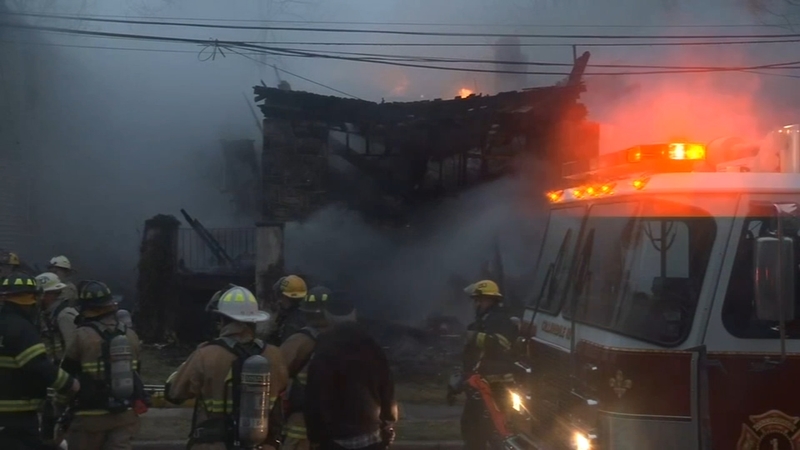 Authorities believe the man, who lived alone and reportedly had difficulty walking, became trapped in the blaze that broke out just after 6 a.m. on the 900 block of Pitman Avenue.

A neighbor called 911 after seeing flames coming from the home.

"The female that called said she heard two bangs," said Collingdale Police Sgt. Ken Felker. "We're not going with explosions. We're not sure. And she looked out the window and saw the flames and called 911."

Fire was showing when firefighters arrived to the three-story single family house.

Crews reported there was a partial collapse of the building before they were able to bring the blaze under control about an hour and 20 minutes later.

It took several hours to find the homeowner, who was trapped inside. Police identify him as 65- year-old Michael Olcese.

"Remains were found at around 11:46 this morning inside the structure and taken to the Delaware County Medical Examiner's office for identification," said Felker.

Neighbors said he seldom came out of the house because of mobility problems.

In addition to extensive damage to the home, the fire damaged neighboring houses as well.

Rte 102: Shuttle buses will operate in both directions between North Street and Sharon Hill due to a fire. Delays are expected.