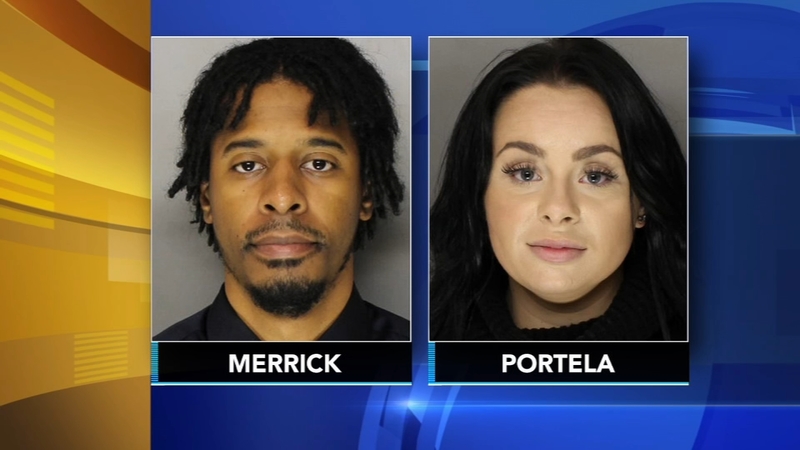 WEST WHITELAND TWP, Pa. (WPVI) -- Two workers at a local facility that treats people with disabilities are under arrest after allegedly watching two children fight without stopping the brawl.

One of the workers is accused of encouraging the violent behavior.

Arrested and charged in the case are Anthony Merrick, 25, of Coatesville and Rayne Portella, 24, of Glenside, Montgomery County.

Exton police said surveillance video shows Merrick actually lining up two 13-year-old boys, one with developmental disabilities, in a quasi-boxing ring and encouraging them to hit each other

"We see them punching each other in a boxing match. They were placed head-to-head, facing each other and they kind of tapped gloves and start fighting," said Exton Police Det. Scott Pezick. "One of them, you can see blood coming from him."

Officials said they only learned of the incident because one of the fathers reported it. They say the staffers never reported the incident, as required by law.

"Not only did they not report it, but they were also encouraging it," said Pezick. "They had a duty to protect these children, and they are not just children, they are children with developmental disabilities."