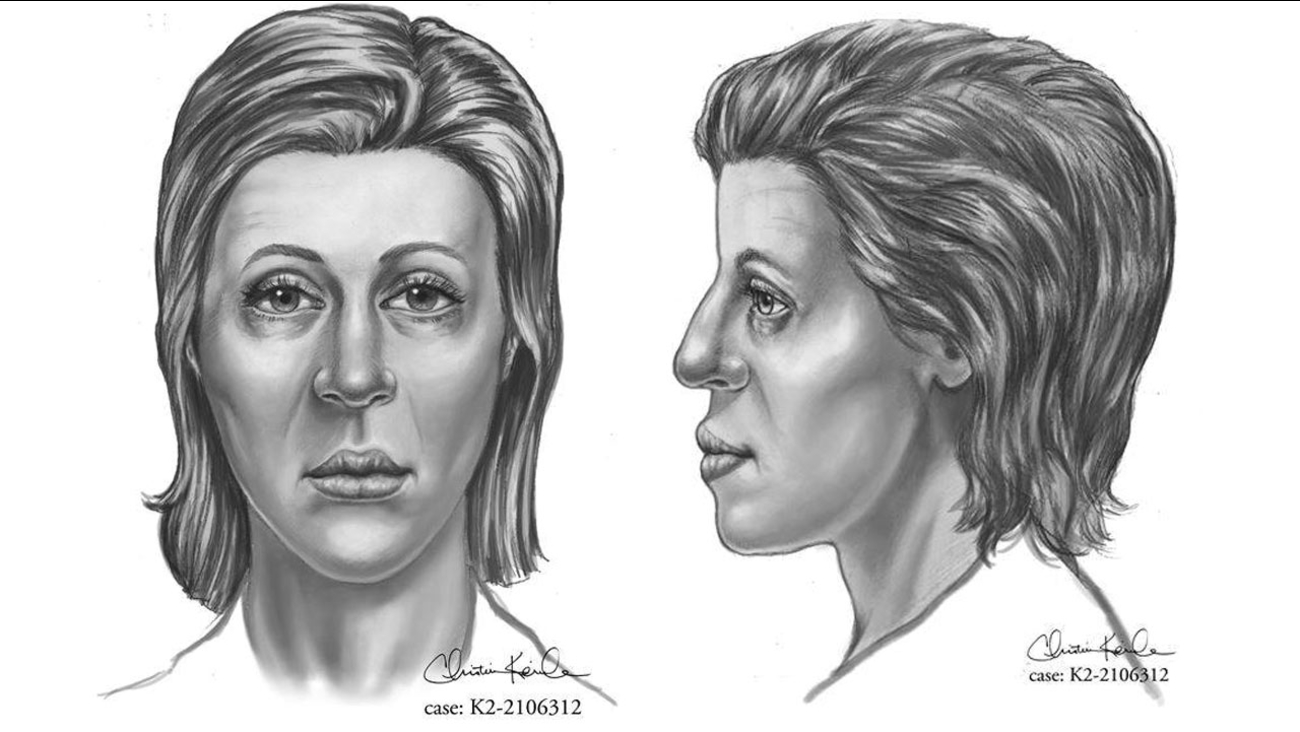 The new facial reconstruction images were released on Monday.

The remains were found in January 2016 in a wooded area along a trail in Ridley Creek State Park.

The woman was fully clothed in cold-weather clothing, police say.

Three rings were found with the victim. They were described as a gold Irish Claddagh ring, a gold initial ring bearing the initial "C", and a gold diamond ring.

Investigators say an analysis of the remains indicate she lived in the northeastern United States, with a strong probability she was from Pennsylvania or an adjacent state.

Anyone with information regarding the identity of the unknown female should call Trooper Andrew Martin, PSP Philadelphia, at 215-452-5216. Reference incident number K02-2106312.

Anonymous tips can also be submitted through Pennsylvania Crime Stoppers; phone 1-800-4-PA-TIPS or (800) 472-8477. Tips leading to arrests could be eligible for cash rewards.