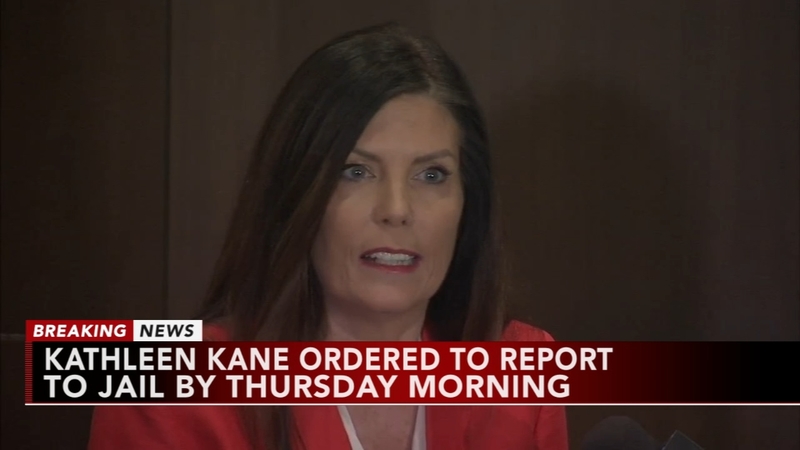 Prosecutors in suburban Philadelphia on Tuesday asked a county judge to revoke former state Attorney General Kathleen Kane's bail so she will have to begin serving a 10- to 23-month perjury sentence.

The Montgomery County district attorney's office filed a revocation request that argued the 52-year-old Kane is not entitled to bail now that the state Supreme Court has declined to take up her appeal.

"Two different appellate courts have reviewed her case, yet her judgment of sentence remains," wrote District Attorney Kevin Steele. "She received a fair trial, her guilt was proven beyond a reasonable doubt and now it is time for her to serve her sentence."

Kane, a Democrat from Scranton, has been free for more than two years since she was sentenced for leaking grand jury information and lying about it.

She has remained out on $75,000 bail since her October 2016 sentencing on two counts of felony perjury and seven misdemeanors, including obstruction and conspiracy.

The first woman and first Democrat to be elected as Pennsylvania's attorney general, Kane resigned from office after her conviction.

She had argued before Superior Court that she should have been allowed to use evidence of a pornographic email scandal that rocked the state's judicial community as well as evidence related to the Jerry Sandusky child molestation case that her former office prosecuted.

The lower appeals court also rejected her argument that she should have been allowed to prevent all Montgomery County judges from handling her case, as well as her claims that evidence against her was illegally obtained and that she had been the victim of selective and vindictive prosecution.