One $3M scratch-off ticket was sold in Philadelphia, another in Langhorne
WPVI 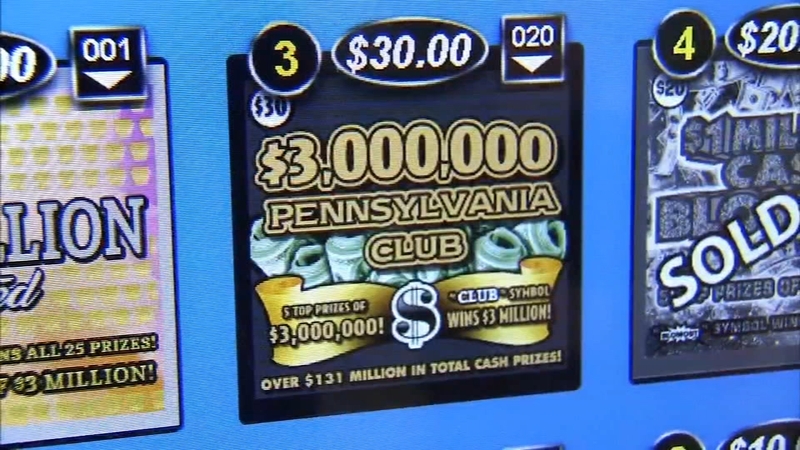 LANGHORNE, Pennsylvania (WPVI) -- Another day, another new millionaire in the Delaware Valley.

Just 24 hours after the Pennsylvania Lottery announced a ticket worth $3 million was sold at a Wawa in Southwest Philadelphia, another big winner has been declared.

A $3,000,000 Pennsylvania Club scratch-off ticket worth $3 million was sold in Bucks County.

Lottery officials said the ticket was sold at the 7-Eleven at 527 West Lincoln Highway in Langhorne.

"What would I do? I don't know what! Keep working. I have five kids so maybe not Vegas but go somewhere tropical," said Corinne Coleman.

Officials say the winner is going to take home roughly 73% of the winnings after taxes, so that's roughly a $2.2 million haul.

The 7-Eleven store will receive a $10,000 bonus for selling the winning ticket.

The earlier winner, a $3 Million Cash Game scratch-off ticket, was sold at the Wawa at 8220 W. Bartram Avenue in Philadelphia.

A Wawa in Southwest Philadelphia has sold a $3 million-winning scratch-off ticket.