Q&A: What to expect during Bill Cosby's jury selection 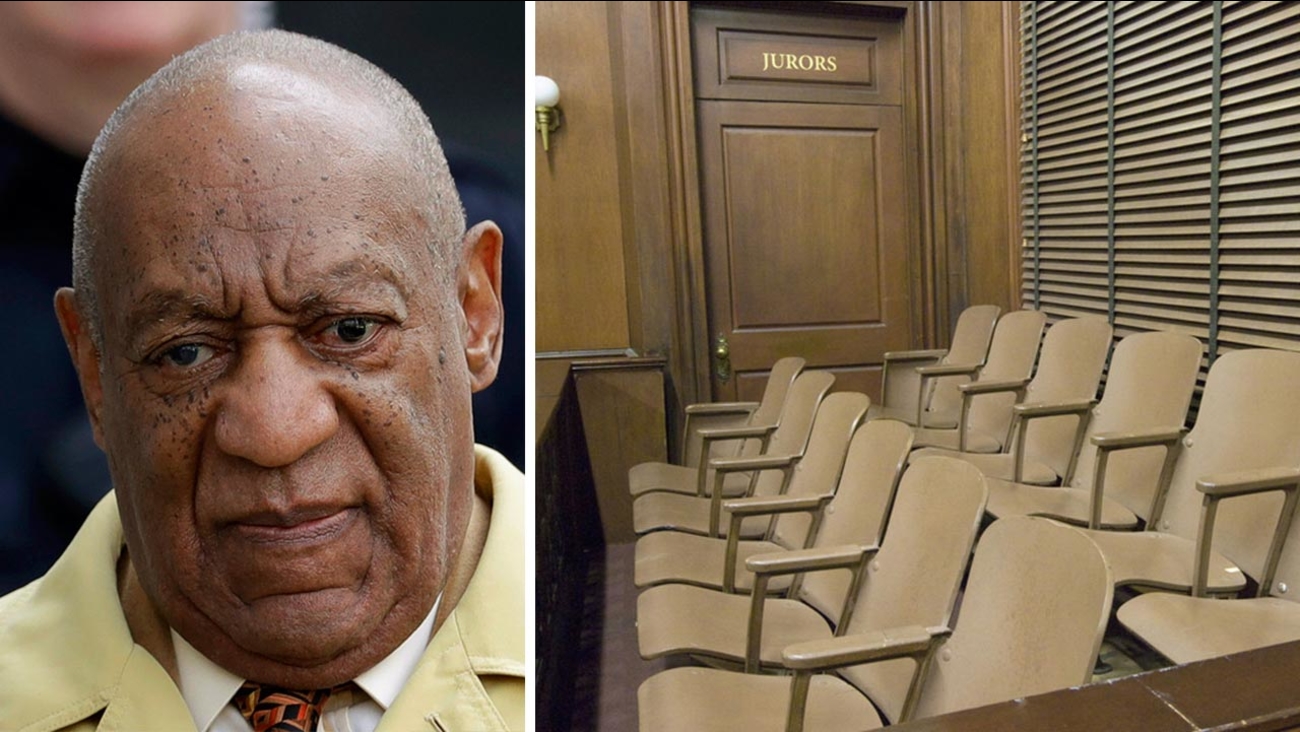 PITTSBURGH (WPVI) -- Hundreds of potential jurors have been called to a Pittsburgh courthouse as the search for panel that will decide comedian Bill Cosby's sex abuse trial gets underway.

A dozen jurors and six alternates will be selected - then shipped across the state to serve in what is expected to be a two-week trial beginning June 5 on allegations the entertainer molested a Temple University basketball team manager at his home near Philadelphia in 2004.

Here's what you need to know about jury selection:

A: Cosby's lawyers sought an outside jury because the case had been a flashpoint in the 2015 race for Montgomery County district attorney. Former prosecutor Bruce Castor, the Republican candidate, had declined to charge Cosby a decade earlier. First Assistant District Attorney Kevin Steele, a Democrat whose office had reopened the case, attacked Castor over the Cosby case in campaign ads.

A: In a rare move, the jury will be sequestered near the courthouse in Norristown, some 300 miles (482 kilometers) away from their homes. Court officers will keep close tabs on their cellphone use, TV time and reading material, given the huge media coverage the case will bring. The trial is expected to last about two weeks, but could go longer if rebuttal witnesses are called or the jury struggles to reach a verdict.

A: The defense will likely seek jurors who are black, male, older and perhaps celebrity worshippers, in the view of jury consultant Howard Varinksy, who advised prosecutors in the murder trials of Scott Peterson, who was convicted of killing his pregnant wife; Timothy McVeigh; and others. Black jurors may be more willing to doubt police and prosecutors, while older jurors may blame the victim for being in the married Cosby's home, he said. Celebrity worshippers may be sympathetic or try to form a connection to the star, relating to the fact they once saw them in a store or they come from the same hometown or have children the same age.

A: Either side can ask the judge to strike a potential juror for cause, without it counting against them. That might include jurors who admit having a biased view of the case or have a hardship - a medical condition, family obligation or financial or job situation - that prevents them from serving. After that, each side can strike seven jurors and three alternates without cause, simply because they fear they would hurt their sides.

A: -Jurors too eager to serve in a celebrity case. Some may even hope to write a book afterward, if past cases are any guide.

A: Cosby told an interviewer this past week that he does not expect to testify, given his fear of wading into trouble while trying to be truthful during cross-examination.