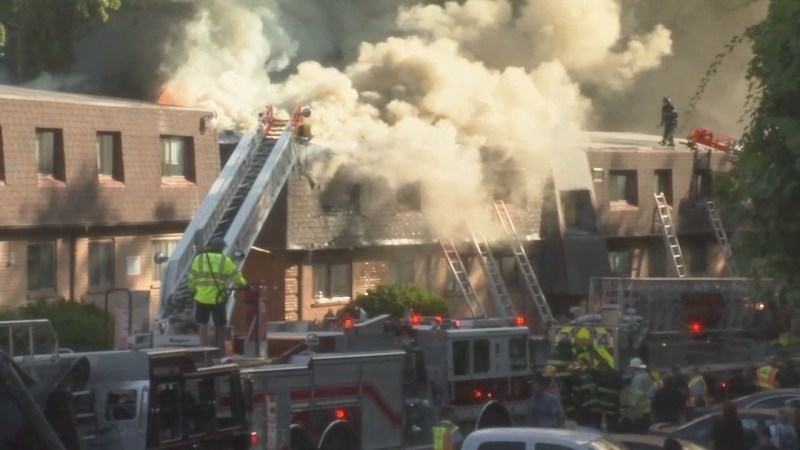 The blaze broke out before 8:30 a.m. Monday in the 300 block of North Sycamore Avenue.

Video from Chopper 6 HD showed flames and thick smoke coming from the roof of one section of the three-story complex.

More than a dozen residents were seen standing outside a number of adjacent units.

Police tell Action News two people, a teenager and an adult, were hurt escaping the fire.

Their injuries were described as non-life-threatening.

In addition, two firefighters were treated for injuries also described as non-life-threatening.

Action News is told two children were dropped from windows into the arms of rescuers on the scene.

Neither child was hurt.

Fire officials believe the fire was sparked by a young child playing with a lighter found underneath a bed in one of the units.