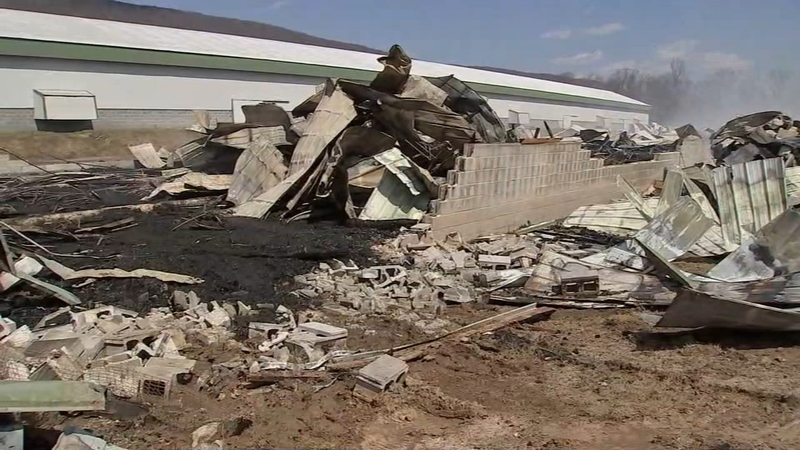 UPPER BERN TOWNSHIP, Pa. (WPVI) -- It will be a few days before the exact cause is determined, but as of Wednesday, a raging fire that devastated a chicken farm in Upper Bern Township, Berks County is being investigated as an accident.

The charred remains of the 600-foot-long chicken house on the property of A & L Farms were still smoking this afternoon.

The owner of the farm tells Action News that along with tens of thousands of laying hens being killed, several million dollars worth of damage was done.

The fire broke out right around 7 p.m. Tuesday on the 3300 block of Mountain Road.
EMBED More News Videos

State police say the fire started in the east end of the building, and by the time firefighters arrived the roof had collapsed.

Flames were shooting high into the air and the plumes of smoke could be seen for miles around.