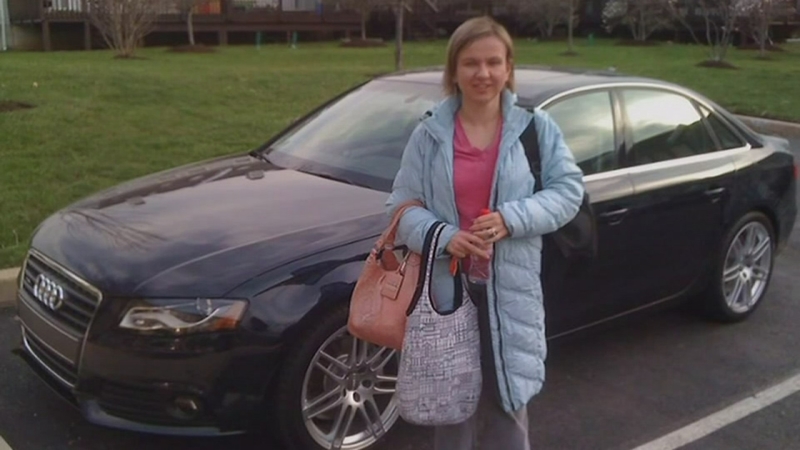 MALVERN, Pa. (WPVI) -- The search continues for a missing Chester County woman, more than a month after she vanished.

In a news conference on Wednesday, Pennsylvania State Police asked the public for any information that can help them find 43-year-old Anna Maciejewska.

She was reported missing by her employer in West Chester on April 11.

On April 12, police spoke with her husband, Allen Gould, who said he last saw his wife at their home in Malvern on April 10.

According to police, Gould told them his wife was in a panic, worried she was running late for work.

"We are not going to get specifically into details, but there was a delay on his part in contacting us directly between the period of the 10th, when she left the house, and the 12th when he finally contacted us," said Lt. Brandon Daniels.

Investigators are now trying to piece together Maciejewska's whereabouts in the weeks leading up to her disappearance.

"We're attempting to speak with anybody who knows her, again to find out more about her mental status in the time prior to her disappearance," Daniels said.

A month after her disappearance, her blue Audi was found in a parking lot near a walking trail in the Charlestown Meadows development a few miles from her home.

Police have been told Anna may have suffered from depression, but friends say she had been excited about taking her little boy on a trip to her native Poland.

Her subsequent disappearance has been covered in Polish newspapers.

"She does have family in Poland. It is our understanding that she had the possibility of travelling to Poland for a family visit. Our information right now is that she never made that trip," Daniels said.

Police say her husband had initially provided valuable information, but now they are attempted to work with him through his attorney.

Anyone with information is urged to contact Pennsylvania State Police.