Man shot in face at home in Linwood, Delaware County 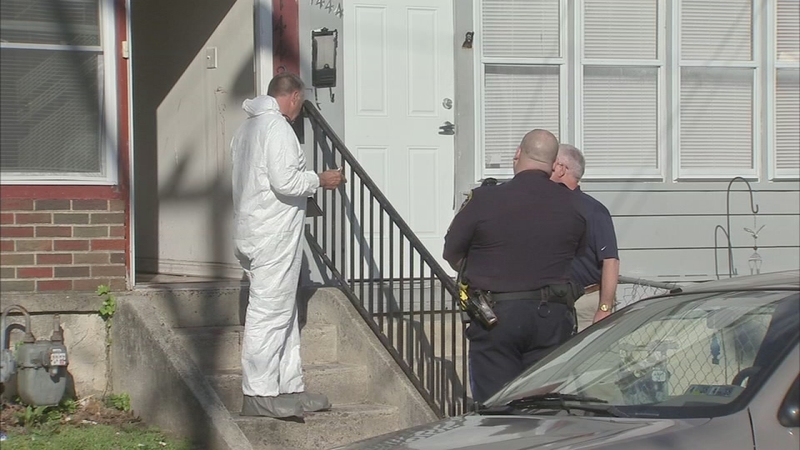 LINWOOD, Pa. (WPVI) -- Police are investigating a shooting at a home in Linwood, Delaware County.

Police and medics arrived to find a man in his 20s suffering from a gunshot wound.

Delco DA: Linwood shooting victim told police he was sleeping in living room when someone walked thru door,shot him. pic.twitter.com/lIDXnyL2na

The man told responding officers that he was asleep on a mattress on the living room floor when the shooter came through the front door and opened fire.

"The bullet apparently entered and exited the face area," Delaware County District Attorney Jack Whelan told Action News. "He was able to talk to police before being taken to the hospital, and walk to the ambulance himself."

There was no immediate word on the man's condition.

Whelan said the victim is known to police but did not expound.

There were other people inside the home at the time but they told police they did not see or hear anyone enter the house.

Shooting in Delaware County: Tamala Edwards reports during Action News at 6 a.m. on May 3, 2017.

"It's unfortunate that respect doesn't go around this town anymore," said Lauren Sutherland, a friend of the victim.

"We heard he was shot in the face, and I'm just praying he's okay," said neighbor Jeff O'Flynn.

Investigators remained on the scene gathering details as they work to determine who was responsible.

Officer positioned outside Linwood home where shooting occurred this AM. No word on victim's condition. pic.twitter.com/HoyVBYQsdI