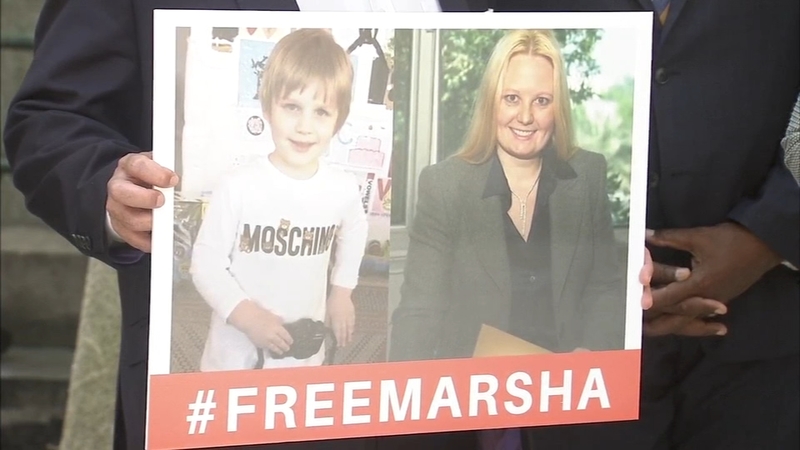 Friends of a Bryn Mawr woman, who is being held in Kuwait with her young son, are pressing for her release.

At Philadelphia City Hall, they called for the release of Marsha Lazareva and her son Ivan.

The 44-year-old business woman has been held for 474 days.

In June, charges against her were overturned on appeal, but Kuwaiti authorities won't let her leave.

"It was later learned, unequivocally, that the documents used to imprison her were actually forgeries, and a Kuwaiti gentleman was charged with a crime for that and absconded Kuwait," said Lazarava's friend.

Members of the Philadelphia clergy asked the public to help pressure Kuwait.