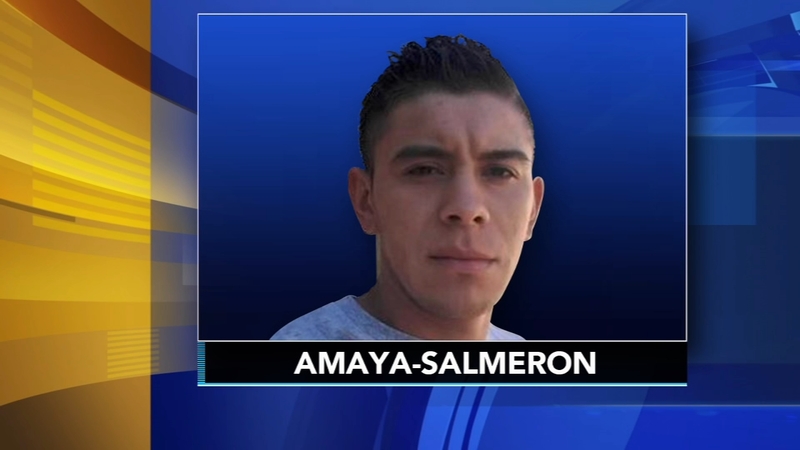 Oscar David Amaya-Salmeron, 28, is charged with rape, sexual assault, and other offenses.

It happened in the early morning hours of Friday, June 8 in the 2100 block of East Vine Street.

According to investigators, the adult female victim was walking home from an establishment in Hatfield Borough when she was attacked.

"We got tips immediately as we put out the surveillance footage back in June. Within days we got information as to who we wanted to talk to," said Sgt. Jay Ciarlello of the Hatfield Twp. Police Dept.

Police say it took weeks of follow-up investigation to get a warrant for Amaya-Salmeron's arrest.

Amaya-Salmeron has tattoos on his right arm and the right side of his chest. He may be working in the roofing or construction trades, police say, based on his prior employment.

Amaya-Salmeron left the Hatfield area after the attack, investigators say, and his current whereabouts are unknown.

"What we've learned is, following that video running on the media, he fled Hatfield. At that point we continued to build our case and yesterday we filed charges with the Montgomery County District Attorney."

Anyone with information is asked to contact the Hatfield Township Police Detective Division at (215)-855-0903.