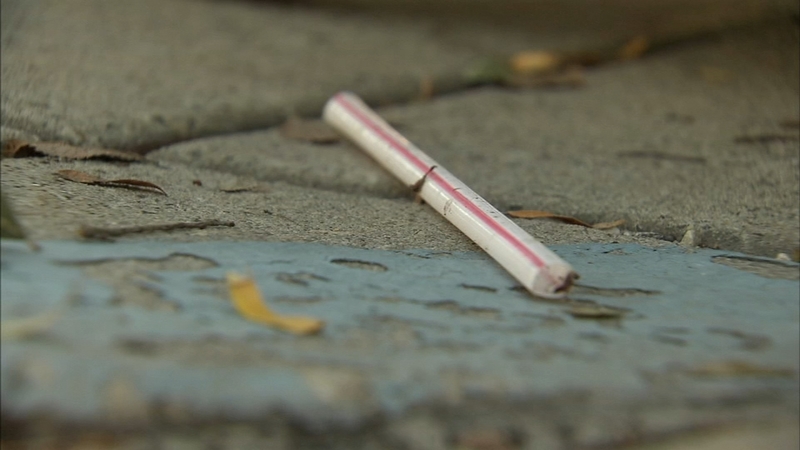 NARBERTH, Pa. (WPVI) -- As the movement to ban plastic straws sweeps the nation, a local municipality is now jumping on board the trend.

Officials in Narberth, Pa. announced the first initiative of its kind in the state to combat what advocates call a "throw away" culture.

On Wednesday, the borough council unanimously passed a law charging a fee for single use of plastic bags and banning the distribution of plastic straws.

Officials say the goal is to reduce the harmful effect it has on the environment as the materials are not largely recycled. California, Hawaii and Washington, D.C. have enacted similar laws.

"The plastic pollution problem is becoming a reality all over the place. It's a becoming a serious, serious problem for our town, for our world, for our kids, and it was time to step up and be the change we are looking for," said Mayor Andrea Deutsch.

"We want to create momentum for the idea that we are no longer a throw-away society, where we take things, use them for five minutes, and then throw them away for 1,000 years," said Leach. "That's just not sustainable."

"It's also an unseen risk that places won't actually have straws. If they are not being used regularly, if they're not what we have come to see as a commonplace necessity, then they will stop being there," Pennock said.

Officials say they want to give business owners some time to get use to the new law. So, the first violation of the law will be met with a warning. The second, a $100 fine, the third $200 and $500 for the fourth violation in one year.