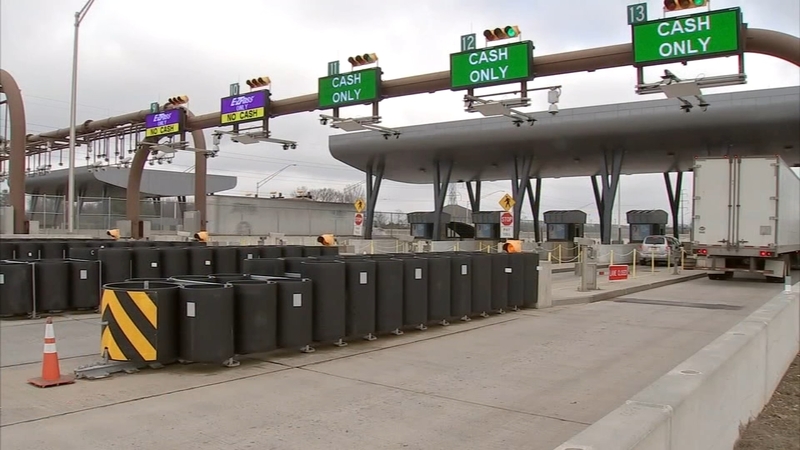 BENSALEM, Pennsylvania (WPVI) -- The Pennsylvania Turnpike Commission and the Bucks County District Attorney have announced a partnership that will go after toll violators owing more than $2,000 in unpaid tolls.

According to the Pennsylvania Turnpike Commission, violations in Bucks and Montgomery Counties account for 52 percent of all violations statewide.

Officials also said their largest non-commercial violator at the moment is a man who owed almost $128,000 in total violations. He received more than 4,500 violation notices in the mail from the Turnpike. According to the Turnpike Commission, the investigation began in 2017, they set up a payment plan for him that year but he never made good. Not all that money was accrued in 2017, but he never made good.

"You've got to be pretty brazen to think you can get away with something 800 times," said District Attorney Matthew Weintraub.

"I did it once, only because I wasn't aware where the toll was, and I couldn't get over in time," said Amy Murt, from Bristol.

They're targeting repeat offenders now that they have enough funding to hire an Assistant DA and an investigator.

"We're going after people that willfully violate hundreds and hundreds of times in the course of the year, and then ignore and neglect to pay their tolls after they've been given notice," said Weintraub.

Regardless of the state you live in, the biggest toll evaders will be referred to the DA's office for criminal prosecution. Many people said it's about time since toll prices have been increasing, as people haven't been paying.