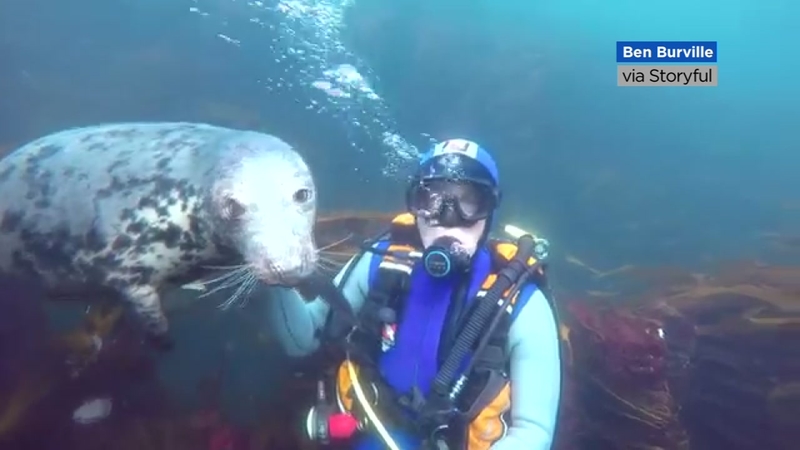 NORTHUMBERLAND, England -- A curious creature surprised a diver in the UK with an abundance of affection.

Ben Burville caught the up-close and personal encounter with a grey seal on camera.

The friendly animal is seen grabbing his hand numerous times for "flipper shakes," tugging his arm, and even laying on top of him, embracing Burville in a way that looks like a human hug.

"Sometimes my #DiveBuddies can be a bit 'clingy'," Burville joked on Twitter.

At one point the two are nose-to-nose and the seal turns around and stares straight into the camera with a heart-melting "puppy dog" look.

However, Burville, who is also a doctor, has a warning.

"They may look like dogs but are more related to bears. They have powerful flippers and claws," he said.

"They have rather unpleasant bacteria in their mouths," he told Storyful. "These bacteria can cause serious infections."