Shelter Me: Saved Me Animal Rescue 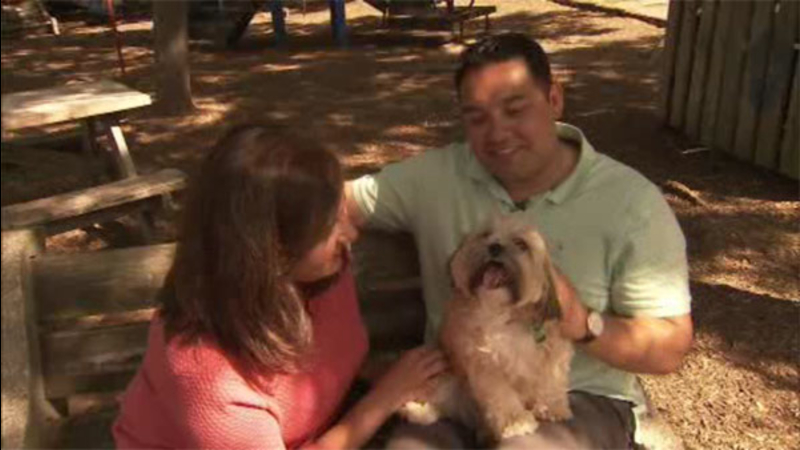 PHILADELPHIA -- In this week's Shelter Me success story, we meet a pup who found her forever family when she was rescued as a stray by "Saved Me" in Philadelphia.

When Christina Grundlock went to Saved Me Animal Rescue to look at dogs, her husband, Rob, thought they were just browsing.

"I didn't think she'd go through with it, but then before you know it, we have a puppy bed and toy and food pile in my arms," said Rob.

"You can't just browse a dog, so I knew I wanted her, and loved her right away. So as soon as we came I was sold," added Christina.

It's been true love ever since.

Christina says, "She is very feisty, she's very loving. She wants to be on everyone's lap."

"It makes her a lot happier, you know, Trixie definitely makes me happy too, so it was the right move," said Rob.

Saved Me Animal Rescue has rescued over 1000 animals in the past year.
(:05)
"This is not only about animals, it's about people creating that bond," said Executive Director, Raymond Little.

Pacey is an affectionate one-year-old Rottweiler, who was found as a stray in Kentucky.

"She wants to sit around be next to her person. She is playful. She likes other dogs, and she's just an all-around good girl," said Little.

Little says, "They're looking for a family probably where they will have lots of stimulation, and can get lots of exercise training."

Nine-year-old, Spirit, is a ball of energy.

This is the kind of dog that's probably going to bond to one person.

And finally, there is Gordy, a little beautiful guy, a Dachshund and Chihuahua mix about 3-years-old.

Gordy was found as a stray in Philadelphia, and obviously has a great temperament. He would be just perfect in any home.

If you're interested in any of the animals you've met today, you can visit the Saved Me website.